With “In The Heights,” Denver Students Take On Gentrification 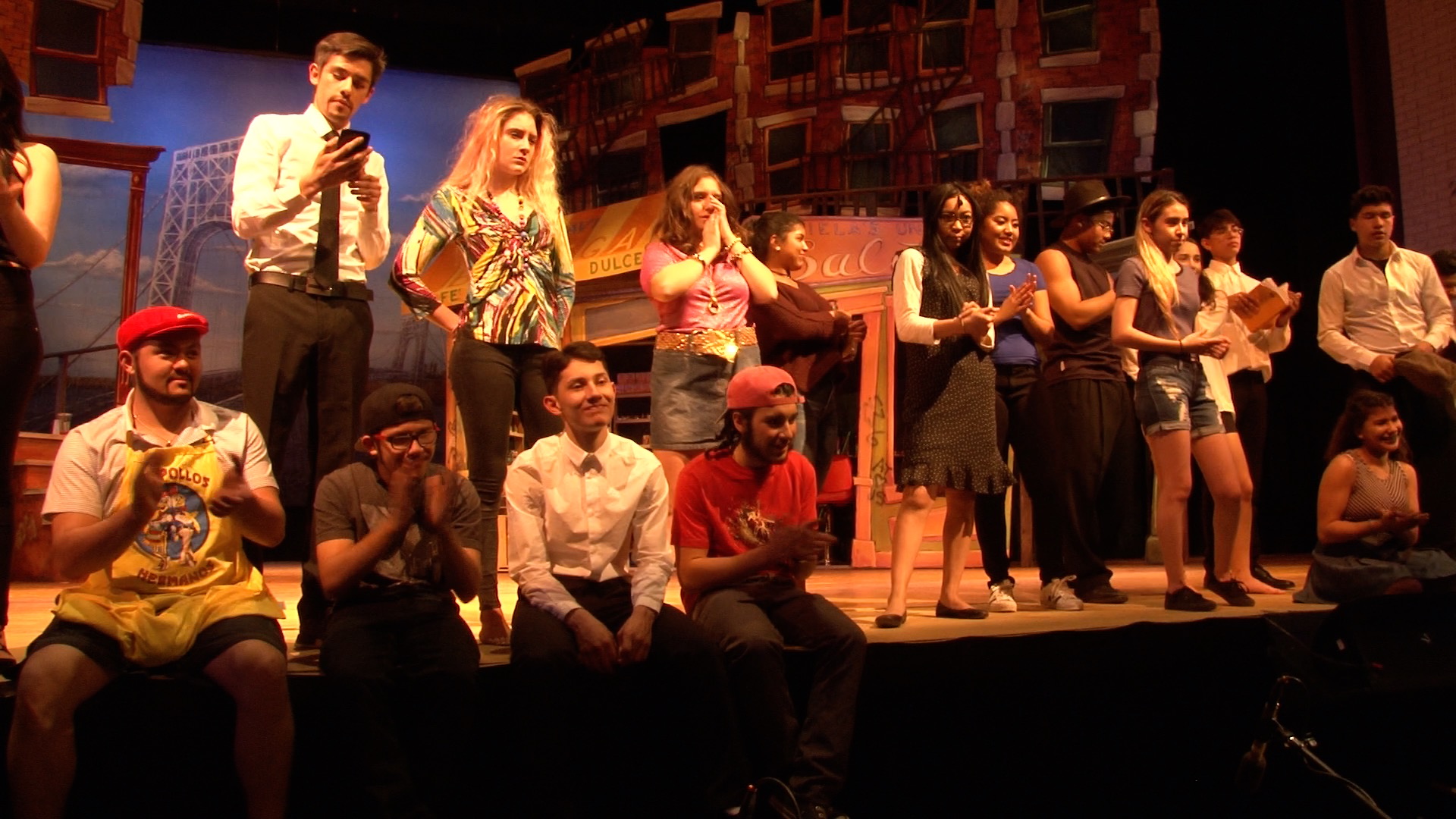 Northwest Denver students will perform the ambitious musical from Lin-Manuel Miranda, creator of “Hamilton,” through Saturday. “In The Heights” runs from February 23-25 at Denver North High School. Shows begin at 7 p.m. every evening. Tickets can be purchased online.

How does community develop? It might be as simple as a random group of people declaring a common interest, should you take the definition literally. Ask students in Northwest Denver how to define community and they’ll express that it was developed from a love for their neighbors, the arts and their heritage and roots. “We are trying to stay strong (and) keep our neighborhood,” said Alan Sanchez, a junior at Strive Prep – Excel, a northwest Denver charter school. “Everyone has this community they can rely on.”

Sanchez is one of several students from both STRIVE Prep – Excel and Denver North High School, two high school communities in Northwest Denver, who is performing Lin-Manuel Miranda’s “In The Heights,” a Tony Award-winning musical about a neighborhood in Manhattan undergoing gentrification. The musical’s themes hit close to home for many of these students, who see many of the same things happening in their own neighborhood that happened in Washington Heights (where the musical takes place) in the 1990s.

“When the lower class has to move out and the upper class moves in, we lose cultures (and) we lose traditions,” said Efren De La Rosa, a senior at Denver North High School performing in the musical. “This is where we grew up, where most of us grew up and our childhood. Everything around the neighborhood… it’s all different.” De La Rosa says he and his fellow students have channeled their frustration about gentrification into their performances on the stage.

Over several months, students – many of whom have never performed on stage before – have grown more confident in expressing their views about what’s happening within their fast-changing community. “Everything about this play is us,” said Dayna Marshall, a senior at STRIVE Prep – Excel who plays the character of Vanessa. “I’ve gotten more confidence. I’ve stepped out of this little box I was in. I am not as shy anymore with public speaking or acting, and I am just more confident overall.”

Students have rehearsed the musical’s ambitious program for several months, which includes more than two hours of salsa dancing, spoken word poetry, rap music and drama. In working so hard to perfect the musical’s dynamic scenes, Marshall says the players, who were strangers at the beginning of the year, have grown into a family. “At first it was scary,” she said, “and no one knew each other. There were STRIVE kids over here, North kids over there on the opposite sides of the stage. As we’ve gotten to know each other, we’ve grown as a cast and we all connect. This big family is what came out of it, and I am so glad this happened.”