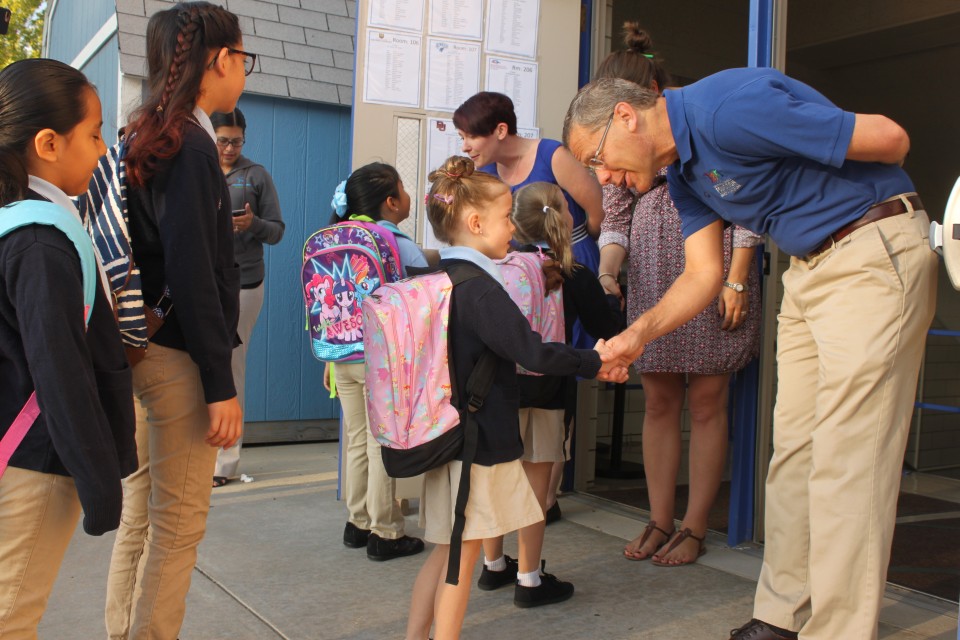 On the second day of the official start of school in DPS, Superintendent Tom Boasberg and special guests visited 11 schools in the Near Northeast and Far Northeast regions to continue welcoming back students and team members at the start of the 2017-18 school year. Check out photos of the fun here.

Starting the morning at University Prep-Steele Street, Tom welcomed students who are “climbing the mountain to college” — a typical morning greeting for these young scholars. From there, he and school board member Rachele Espiritu, who represents Northeast Denver, visited DSST Cole for their all-school morning meeting and International Academy of Denver at Harrington, where they were joined by Deputy Superintendent Susana Cordova.

Later, Tom and the team greeted educators and students at Hallett Academy and later stopped by a Mandarin Chinese class to say “nǐ hǎo” at Northfield High School. He visited KIPP Northeast Denver Leadership Academy and KIPP Northeast Elementary, which just opened the doors to its new campus thanks to the support of Denver voters and the 2016 bond and mill levy.

At Montbello Tech, Tom and Susana sat in on an automotive class, and at STRIVE Prep RISE, they toured the new school building and joined students in the cafeteria for lunch. After a visit to Collegiate Prep Academy, the day ended at Dr. Martin Luther King Jr. Early College, where Tom and Susana said goodbye to students after the final bell.

Welcome back, DPS! Hold onto your eclipse glasses, because we have some bright students who are going to make the 2017-18 school year unforgettable.

More photos from the first day of school here. 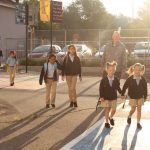 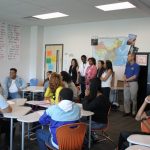 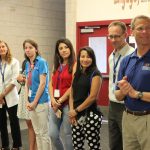 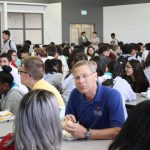 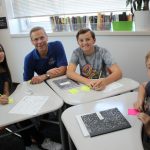 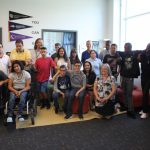 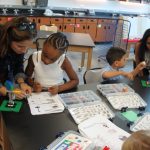 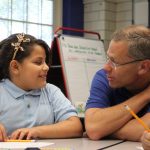 A student at University Prep-Steele Street explains her classwork to Superintendent Tom Boasberg. 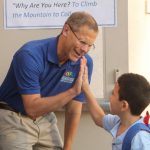 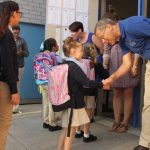