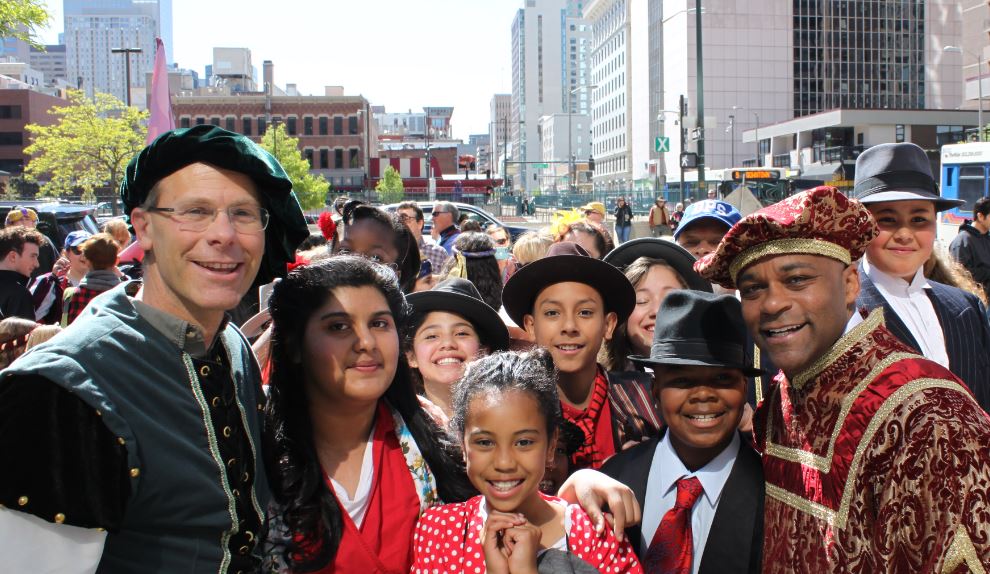 Wearing theatrical costumes and practicing their best Old English accents, more than 5,000 DPS students from 84 schools took over the Denver Center for the Performing Arts April 28 for the 33rd Annual Shakespeare Festival — the oldest and largest student Shakespeare festival in the country.

“I think the Shakespeare Festival is important because not only do you learn about Shakespeare’s plays and acting, you also learn about speaking in front of people, which gives you more confidence,” said Serenity, a fourth-grader from Fairview Elementary. 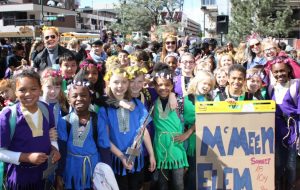 The daylong festival is held downtown every year, with contributions from the DPS Foundation and the Denver Center for the Performing Arts providing the opportunity for students to perform scenes and sonnets from the works of William Shakespeare, as well as demonstrate the dance, vocal and instrumental music of the era.

“The Shakespeare Festival brings together students of every grade level, from our youngest students to high school students, and from diverse Denver neighborhoods, to perform together,” said DPS Foundation President Verónica Figoli. “They learn classic literature, but they also learn invaluable lessons about culture and coming together, literally setting the stage for their future development.”

Learn more about the festival here.