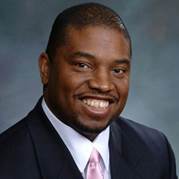 “We are thrilled to have someone of Terrance’s experience, integrity and talent as part of the DPS team,” Boasberg said. “We are also excited to welcome Anna Alejo in this key communications role.”

Carroll is Colorado’s first African-American Speaker of the House and a longtime advocate for improving Denver’s schools. He represented northeast Denver’s House District 7 from 2003 to 2011, when he left the General Assembly due to term limits. A graduate of Morehouse College and the University of Denver law school, he has been serving as an attorney with the law firm of Butler Snow.

Terrance has been listed by 5280 Magazine as one of the “50 Most Influential People in Denver,” and he serves on the boards of the Metropolitan State University of Denver, the National Western Stock Show and the Downtown Denver Partnership. His work in education includes co-sponsoring the Innovation Schools Act in 2008, with Colorado State Senate President Peter Groff, and serving as co-chair of A+ Denver, now called A+ Colorado. 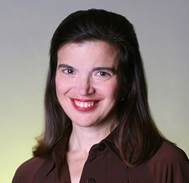 Anna Alejo has a long career in covering and supporting education. She covered public education as a reporter for 16 years at the NBC- and CBS-owned stations in Denver. In addition to award-winning local reporting, she reported stories for CBS News, CNN and Univision, and hosted three public affairs television shows including DPS Today. Anna began her journalism career as a researcher in the Miami-based Latin America Bureau of the Washington Post.

After leaving journalism, Anna served for seven years as director of corporate communications for Western Union, a Fortune 500 company with half a million locations in 200 countries and territories. At WU, Anna designed and led global communications initiatives to drive business strategy, build reputation and protect the brand.

Most recently, Anna has been working as a communications consultant serving technology companies in the financial services, ed-tech and real estate sectors. She also works in the nonprofit sector. Anna is the Spanish-language spokesperson for the Denver Preschool Program and co-chair of A+ Colorado.

Both Terrance and Anna join DPS on April 2.