SchoolChoice Results Strong for Another Year 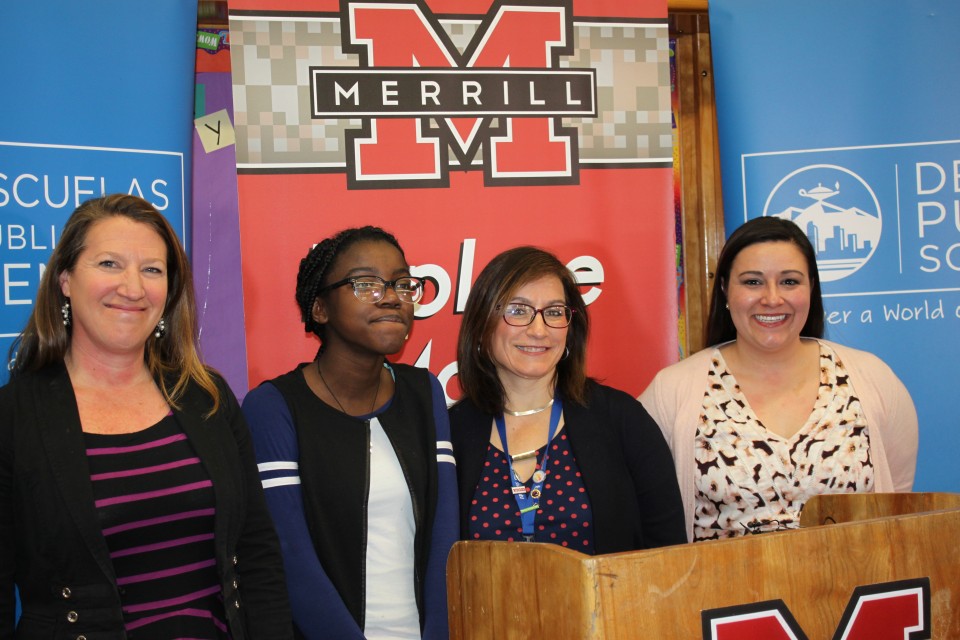 Students were placed in their most-preferred schools in high numbers as Denver Public Schools (DPS) marked the end of another successful enrollment season.

Round one of SchoolChoice wrapped up this week with the district sending out more than 25,000 letters and emails notifying district families of their students’ school assignments for the 2017-18 school year.

For the sixth year in a row, DPS provided students with equitable access to all schools through its unique and nationally-renowned enrollment process. The Brookings Institution has rated DPS No. 1 in the country for school choice.

This year, the SchoolChoice process placed 95% of kindergartners and sixth-graders in their first-, second- or third-choice school. Ninth-graders were placed in one of their top three choices 96% of the time.

For all three transition-grade levels, match rates for first or second choices were also strong: 93% for kindergarten; 92% for sixth; and 93% for ninth.

SchoolChoice participation rates for Denver-resident transition students held steady compared to last year, which saw the highest participation ever. This year, 87% of kindergartners and sixth-graders, and 73% of ninth-graders took part in the process.

The DPS SchoolChoice process allows families to rank their top five school choices on a single form. DPS was the first district in the country in which all its schools, whether traditional, charter or magnet, participated in its choice program. Prior to 2011-12, families had to complete different applications for different schools on different timelines.

SchoolChoice is primarily for families with students who will be transitioning into a new school next school year, including those entering kindergarten, middle school and high school. The process is also open to families who are not necessarily in a transition year but would like the opportunity to choose a new school for their student. All families are encouraged to consider their neighborhood school first.

Because every school is an option in this single enrollment process, it’s crucial that DPS provides families with the tools they need to adequately research schools and make informed decisions. These tools include the annual Great Schools Enrollment Guides, web-based school research programs, the districtwide Great Schools Expo, multiple regional school expos and individual school tours.

Round two of SchoolChoice begins March 20. Round two is for families who did not participate in round one, or who participated in round one but want to re-explore their options. Round two is operated at the school level on a first-come, first-served basis. Families are asked to fill out the round two form, available at all DPS schools and downloadable at schoolchoice.dpsk12.org. They then may take the form directly to their most preferred school or schools that have remaining availability for the 2017-18 school year.

Round One SchoolChoice at a glance