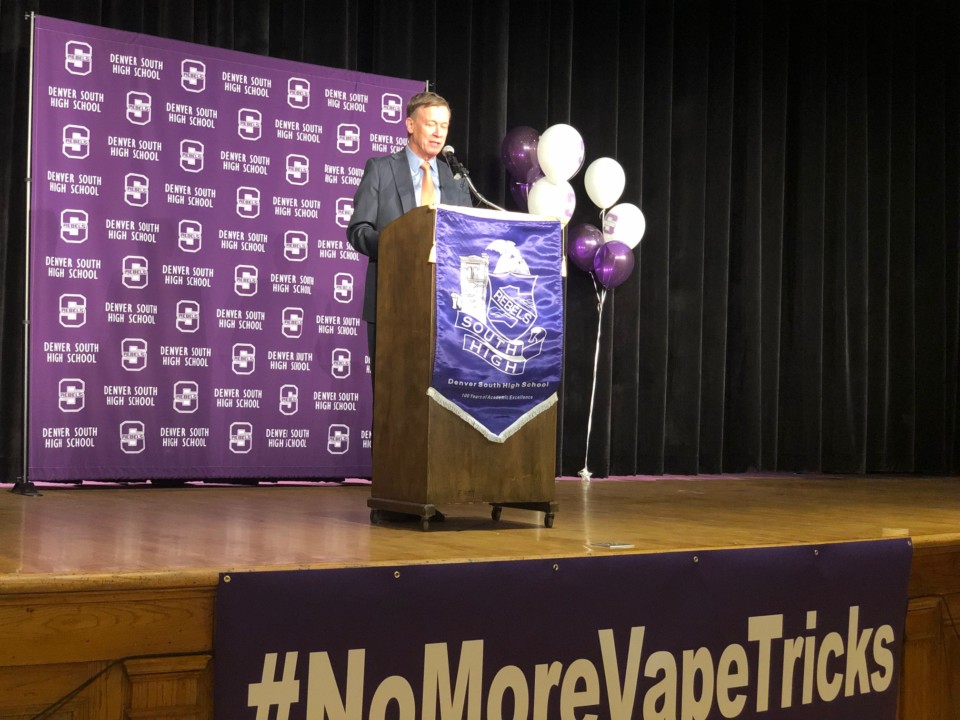 Governor John Hickenlooper joined students from South High School Thursday morning to call out “vape tricks,” referring to the advertising tricks used to hook youth that contribute to Colorado’s high incidence of youth vaping. The South High School Rebels were chosen to participate in the event, which capped off the Governor’s Vape-Free November initiative to reduce youth vaping – and they brought their school spirit. South’s drumline and cheer and dance teams performed as the pep rally began. Homemade posters declaring, “No more vape tricks,” and “No pods for my squad,” were on display throughout the auditorium as Governor Hickenlooper shared facts about the dangers of vaping with the freshman class. 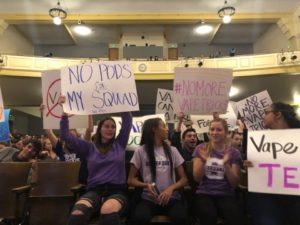 “Even though some of you may think that vaping is safer – or cooler – than smoking cigarettes, a single pod can contain the same amount of nicotine as an entire pack of cigarettes,” said Hickenlooper. “I want to raise awareness and implore all of you to participate in Vape-Free November – or Vape-Free December. Pick any month you want!”

Student leaders also highlighted how fellow students can rebel against efforts that target youth. “If you’re going to inhale something, it should probably be oxygen,” joked Marwan, one of South’s student body presidents, also noting that vaping pods contain 20 chemicals known to cause cancer.

The most recent Youth Risk Behavior Survey from the U.S. Centers for Disease Control and Prevention shows Colorado leads the nation in youth use of vape products. These products have become increasingly popular in recent years and are the second-most-used substance among Colorado high school students behind alcohol. One in four Colorado teens reports vaping, according to the 2017 Healthy Kids Colorado Survey.