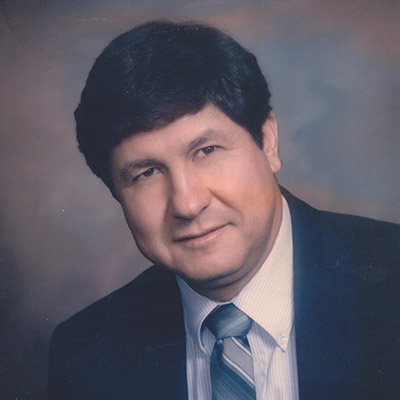 Leroy Lopez, who retired in 1994 after 33 years as an educator for Denver Public Schools (DPS), lived the district’s Shared Core Values – Students First, Integrity, Equity, Collaboration, Accountability and Fun – long before they were put on paper.

He was a vocal advocate for equity, consistently elevated the needs of students, had a wonderful sense of humor and was a role model for his colleagues.

Lopez, a former associate superintendent of education for Team DPS, was diagnosed with Hodgkin’s Lymphoma in September and died on Nov. 9, 2016. His wife, Pat, is a retired manager of psychology services for DPS, and said he treated others with kindness and respect. Years after Lopez retired, his former colleagues continued to tell his family how much they missed him.

“He changed the way that people looked at life,” Pat said. “The people he worked with, his students, their parents – they’ve all said his impact was lasting.”

She remembers the first week she worked with Lopez at Kepner Junior High, where he was assistant principal. Pat saw him on his way to lunch with a newspaper under his arm when a girl with a developmental disability stopped him to tell him that she was being teased. Leroy put his newspaper down, comforted the girl and spent his lunch hour with her.

“That was the essence of that man, the kindness,” Pat said.

Lopez was born on Oct. 8, 1936. He earned bachelor’s and master’s degrees in education at Adams State College, and a second master’s degree at the University of New Mexico. Lopez started his career as a substitute teacher at Baker Junior High School in the 1960s. He continued to teach and later worked as assistant principal at Kepner Junior High and John F. Kennedy High School, was principal at Skinner Middle School and John F. Kennedy, then was hired as assistant superintendent of high schools. He ended his education career as an associate superintendent of education in DPS.

“Over my career in DPS, I worked with a lot of administrators and Leroy was head and shoulders above others with his care, compassion and concern for students and their achievements,” wrote Philip Ricciardi. “He was also very instrumental in rewarding and recognizing faculty and staff.

He always strived for the best possible outcome for the students that were under our care and guidance. He was a good man and I will miss him,” added Ricciardi.

A memorial service for Lopez is scheduled at 11 a.m. on Friday, Nov. 18, at the Ramada Plaza Hotel located at 10 E. 120th Ave., Denver. In lieu of flowers, the family requests donations be made to: