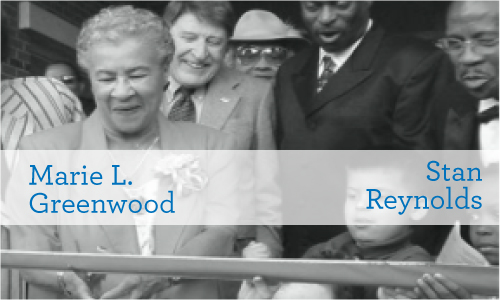 Former Marie L. Greenwood Academy Principal Stan Reynolds cared deeply about his students and educators and about preparing the next generation of school leaders during his decades in education.

A former leader in Denver Public Schools, he opened Greenwood Academy. Reynolds, a native of Savannah, GA, was a three-sport athlete at Manual High School, playing football, baseball and earning an All-City award in basketball.

Mr. Reynolds attended Colorado State College in Greeley. He was drafted and served in the Army. Mr. Reynolds then returned to college here in Colorado, earning a bachelor’s degree at Metro State before returning to Greeley for his master’s degree.

Reynolds taught in elementary education in DPS and worked his way up to the position of principal. He began a career as a basketball official while he was a teacher. From high schools, he ascended up the ladder to college games in the old Big Eight Conference, the Western Athletic Conference, the Mountain West Conference and in NCAA Tournaments. Mr. Reynolds was a well-known and well-respected official for nearly five decades.

“Stan knew every one of his students, and he knew everything about their families,” said Superintendent Susana Cordova. “When I first became a principal, he was an example to me of what great leaders can do for a community. I will be eternally grateful for his mentorship for  me and countless other leaders in Denver.”

Mr. Reynolds retired in 2003 after nearly 30 years in education.

Stan Reynolds will be missed by many in Far Northeast Denver, all through the city, and throughout the entire DPS community. Surviving family members include his wife, Wilma and sons, Shurwood and Sheldon.