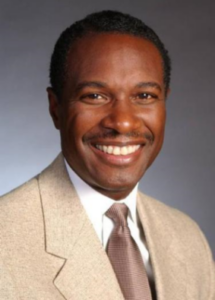 It is with extreme sadness that we announce the passing of former DPS Board of Education member Landri Taylor. He served on the Board from 2013-2016 and championed high-quality school choices, with a focus on the Montbello, Park Hill and Stapleton communities.

Taylor was not only a leader who served several corporations in the Denver community, he also was an advocate who worked on a variety of boards and community initiatives, including the Mayor’s Commission on Workforce Development, the Denver Metro Leadership Foundation and the Foundation for Educational Excellence, where he was a founding member and a board chair. Taylor was also a former president and CEO of the Urban League of Urban Denver and the former chairman of the Denver Democratic Party. In 2008, he was inducted into the Colorado Black Hall of Fame.

“We are all heartbroken to learn of his passing. Landri felt strongly about public education and his impact on our school district and community was immeasurable,” said Superintendent Susana Cordova. “Landri will be missed, but we all can take comfort in his devotion to our young people and in his lifetime of contributions and accomplishments. Our prayers are with his family and loved ones during this difficult time.”

Taylor is a 1974 graduate of the University of California, Berkeley, where he obtained a Bachelor’s Degree in Biology. He leaves behind his wife, Gloria, three adult children and four grandchildren.