For over 40 years, Rick has been actively involved in advocating on behalf of the American Indian community through both his professional and personal life. From supporting higher education opportunities for Native students at the University of Colorado-Boulder, University of Phoenix and the American Indian College Fund, to helping serve the Native community in the Denver Front Range area through his work at the Denver Indian Center, Rick has dedicated his life to Indian Country. In promoting self determination and self reliance, Rick points to the importance of the family and the roles each member is responsible for, especially the role of the father. All the while taking into account traditional Native American beliefs and values. Originally from Oklahoma, Rick has lived in Colorado since 1984 and is married with 2 daughters and 4 grandchildren. He is currently the Executive Director of the Denver Indian Center.

Lucille Echohawk is a citizen of the Pawnee Nation of Oklahoma and resides in Arvada, Colorado. She has worked in the Indian child welfare field for more than 30 years as a volunteer and was employed in the field as a Strategic Advisor with Casey Family Programs for 12 years. She then served as Executive Director of the Denver Indian Family Resource Center until her retirement in 2014, then again as a volunteer from 2018 until 2020. Though formally retired, she continues to be active in the tribal and Native non-profit community.

She holds a BA degree from Brigham Young University and an MEd from Erikson Institute for Early Education, Loyola University, Chicago.

Lucille served on The Women’s Foundation of Colorado’s Board of Trustees from 1990-96 and has participated as an Honorary Trustee in the years since that service.

Lucille is a co-founder of Native Americans in Philanthropy, the Denver Indian Center and served as a board chair for the three organizations. She has also served Native Americans in Philanthropy as a Network Weaver for the Southwest Region. Currently she sits on the Tribal Law and Policy Institute’s  Board of Directors and is a member of the National Advisory Committee for the Child Welfare Capacity Building Center for Tribes. For many years she has been a member of the National Support Council for the Native American Rights Fund and is an at-large member of the Colorado Commission of Indian Affairs. In 2016-17 Lucille served as principal convener of the United National Indian Tribal Youth’s (UNITY), 2017 national conference in Denver which drew record attendance of more than 2,000. 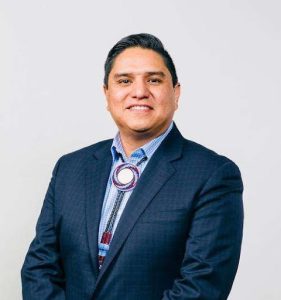 As former Executive Director for the Colorado Commission of Indian Affairs (CCIA) for 12 years, Ernest maintained the communication between the Southern Ute Indian Tribe, the Ute Mountain Ute Indian Tribe, and other American Indian organizations, state agencies and affiliated groups. In that position, Ernest worked closely with former Governor Hickenlooper, former Lieutenant Governor Donna Lynne, and the CCIA members to maintain a government-to-government relationship between the State of Colorado and tribal governments. Ernest represented the State of Colorado and the CCIA at various federal and state public policy meetings and provided legislative and government related information to community stakeholders. Currently, as Senior Policy Director for the Keystone Policy Center, Ernest is working with various stakeholders in the areas of tribal consultation, energy, healthcare, education, cultural resource management, and international repatriation.

Ernest previously held the position of Executive Director of CCIA under Governor Bill Owens and Governor Bill Ritter from 2005-2010. He is a 2012 American Marshall Memorial Fellow, 2013 Denver Business Journal Forty under 40 awardee, 2015 President’s Award recipient from History Colorado, and 2018 Gates Family Foundation Public Leadership Fellow. Ernest currently serves on the Fort Lewis College Board of Trustees, National Western Center Authority Board, Conservation Colorado Board, and the Weenuchu Development Corporation for the Ute Mountain Ute Tribe. He also serves as an advisor to the University of Denver Native American Committee, the Denver Art Museum Indigenous Community Advisory Council, and the University of Colorado Center of the American West. Ernest is an enrolled member of the Ute Mountain Ute Tribe in Towaoc, Colorado. He holds a rich tradition in his position as son of the late Ernest House, Sr., a long-time tribal leader for the Ute Mountain Ute Tribe and great-grandson of Chief Jack House, the last hereditary chief of the Ute Mountain Ute Tribe. 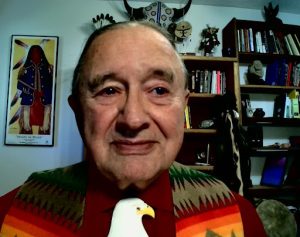 Tink Tinker is a long-time part of the Denver Metro Indian community. He is wazhazhe, a citizen of the Osage Nation. For a quarter of a century, Tink took 4 Winds American Indian Council under his wing and ran the facility at Fifth and Bannock pro bono for the larger Indian community. 4Winds became another place in the urban landscape where Indian folk could gather and hang out. For all of those years, Tink conducted an Indian community spiritual ceremony on a weekly basis so Indian folk could come and talk to their ancestors. While a new generation of Indian leaders has stepped up to take over responsibility for 4Winds, Tink continues to be very supportive. For thirty-three years, Tink was professor of Indian Studies at Iliff School of Theology, a graduate school that shares a campus with the University of Denver. In his teaching and scholarship, Tink worked to hold his White relatives accountable for the history of conquest and genocide on the north American continent. He retired as emeritus professor of American Indian Cultures and Religious Traditions in 2018 but continues to write and to enjoy his relationships in the Native community of metro Denver. 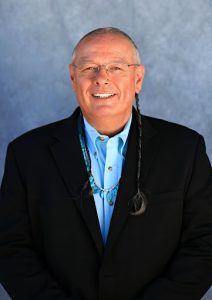 Richard “Rick” B. Williams, is a Oglala/Cheyenne, he retired as the President & Chief Executive Officer of the American Indian College Fund (“Fund”) in October 2012. The Fund, a national nonprofit organization headquartered in Denver, Colorado, raises private support for scholarships, endowments, programs and public awareness on behalf of the 34 U.S. tribal colleges and universities.

Prior to joining the Fund, Mr. Williams served both as the director of the Student Academic Service Center and the director of Minority Student Affairs at the University of Colorado. Additionally, he also has served as the Director of American Indian Upward Bound, a program designed to provide educational opportunities to Indian youth. Dedicated to Indian education, Mr. Williams continues to make time for involvement in programs and organizations targeting Indian youth and education.  Throughout his career he has studied the history of Indian people and taught at Denver University and at the University of Colorado-Boulder.

He is married to Sarah Carufel-Williams and they have four children and eleven grandchildren.

Mr. John Emhoola Jr. was a Kiowa and Arapaho and a descendant of survivors of the Sand Creek Massacre. He served in the Korean War with the Army’s 45th Thunderbird Division, and was an accomplished man whose work included serving on the National Native American Veterans Memorial Advisory Committee and the American Indian Higher Education Consortium in Denver where he lobbied the government for better funding of tribal colleges. He also served as Executive Director of the American Indian Center in Denver, was Director of the Adams County Five Star Schools Indian Education Program, was co-founder of the Denver March Powwow and remained a dedicated community leader and advocate until his passing on April 21, 2021 at the age of 91.

In early 2020, Denver Public Library embarked on the renaming of the former Byers Branch Library after discovering that the namesake of the branch had been a supporter of the Sand Creek Massacre. In early 2021, a renaming community committee was formed to lead the renaming process. After a community vote, the number one choice, John “Thunderbird Man” Emhoolah Jr. Branch Library was adopted by the Library Commission in October. The process was a first of its kind for the Denver Public Library and the City & County of Denver.