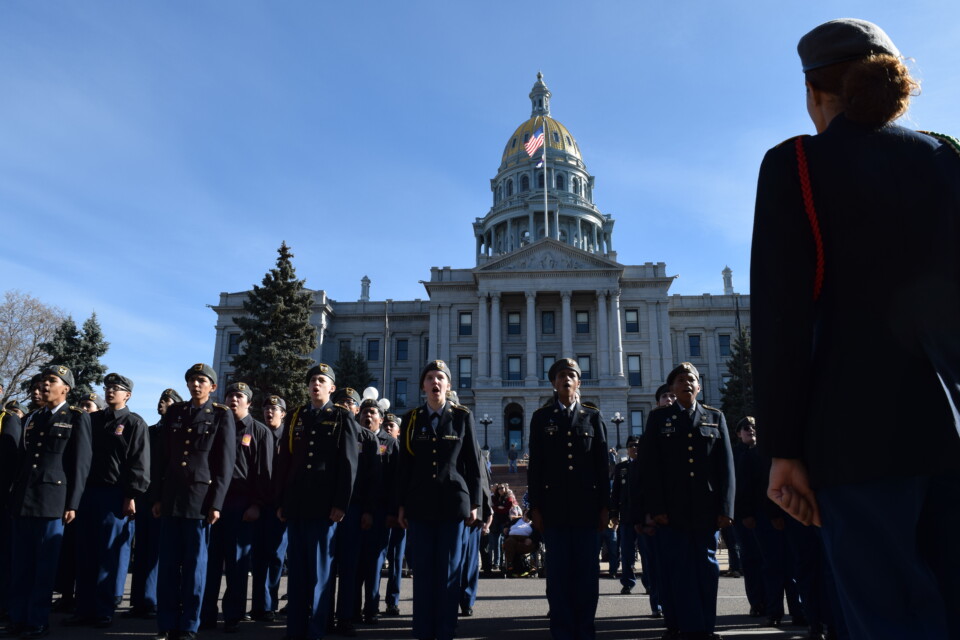 On November 9th, 10 Denver Public Schools (DPS) high schools with more than 1,000 JROTC cadets marched in the Denver Veterans Day Parade in honor of the men and women who sacrificed themselves for our country.

The participation in the Veteran’s Day Parade serves as a stepping stone for cadets to learn about the importance of sacrifice, selflessness, and patriotism. Furthermore, it was not just the cadets who could learn from the parade, but also the thousands of spectators coming to support and honor the veterans. 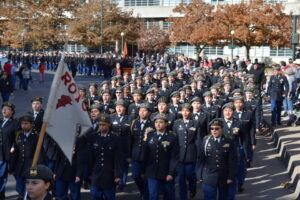 Cadet Lieutenant Colonel Kimberly Corona, a senior at Abraham Lincoln High School, said, “It’s important that the Denver Community comes out to honor our nation’s veterans because it shows support to our veterans and a way to give thanks.”

Not only is marching in the parade a way of showing respect, but it serves as a very significant event to cadets because some of them have family members and friends who have served. “Not only does it make me feel good to be marching out here with hundreds of people with the same intention, but it makes me proud as both of my grandparents are veterans of the Vietnam War,” said Cadet 2nd Lieutenant Rosa Dang, a junior from Denver South High School. 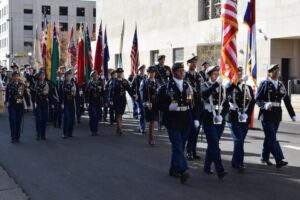 Cadet Private Christian Cagnolatti, a freshman at Denver East High School, said, “It’s important that I march for the Veterans Day Parade because I like participating in the celebration of something bigger than myself. Veterans have given so much that I feel like it’s my duty to honor their service and those who have fallen.”

Aside from learning about and honoring veterans for their sacrifices and selflessness, marching in the Veterans Day Parade serves as a way for JROTC cadets to give back to the community.