Our DPS Weekly: DMLK Students Leading Us to a Better Tomorrow in Our Classrooms 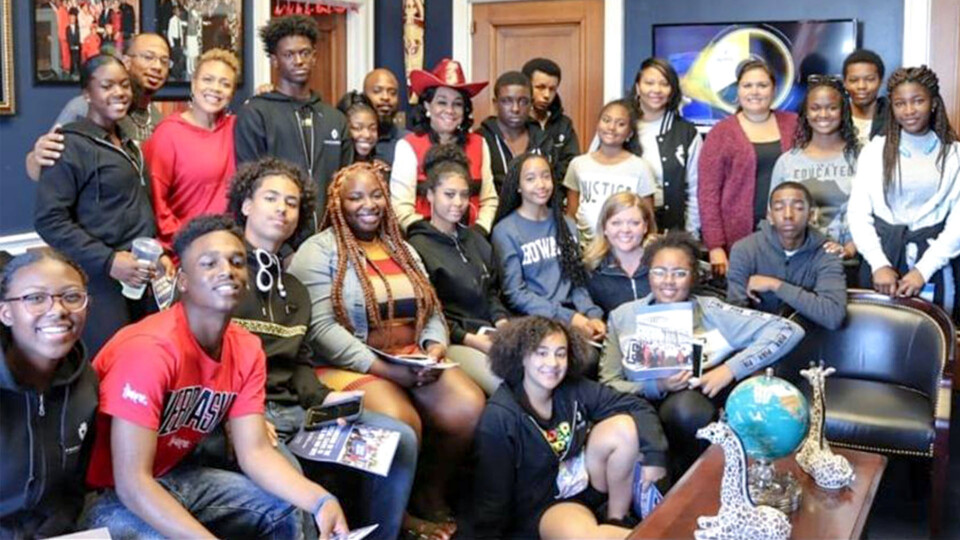 As we celebrate Black History Month and continue to reflect on and discuss what it means to be an equitable school district, I’d like to share the work of a group of DPS students, and how moved I am by the spirit they have shown and how it embodies so many of the qualities of their school’s namesake.

As I sat in a recent DPS board meeting and listened to these students from Dr. Martin Luther King, Jr. Early College (DMLK), I was struck by how clearly and forcefully they are living the vision and commitment to action put forth by Dr. King.

And last October, these students traveled to the city of Dr. King’s most famous speech –Washington, D.C. — and their shared experience is already having a profound impact beyond their own lives. They are using a renewed awareness and appreciation of African-American history to push for change here in our schools.

The students spent six days in our nation’s capital taking college tours and had the opportunity to meet with U.S. Congresswoman Frederica S. Wilson, who was an outspoken voice of pain and anger following the killing of teenager Trayvon Martin, who lived in her district. They also made it a priority to take the time to walk the halls of the National Museum of African-American History and Culture, which was an eye-opening, often wrenching experience.

Ninth-grader Dahni Austin was impressed by the stature of the museum. But that wonder turned to sadness when the elevator took the group to one specific exhibit.

“I learned so many things at the museum,” Dahni said. “But what stood out to me was the Emmett Till area. It was very emotional.”

Not lost on Austin or the others was the fact that Emmitt Till was just 14 years old when he was brutally murdered in Mississippi in 1955. The killers were acquitted by an all-white jury, and Till remains a tragic symbol and a stark reminder of our country’s horrific racial injustices and inequalities.

The museum also highlighted the incredibly rich contributions African-Americans have made to the growth of our country.

“I learned about the importance of my culture,” said ninth-grader DeonDre Watts.

The students toured Howard University, one of the nation’s top Historically Black Colleges and Universities, as well as Georgetown University. Most of the students felt a keen affinity for Howard, its energy and its culture, and several students from the trip are now considering attending the school.

Ultimately, though, many of the students returned from D.C. feeling frustrated that much of what they learned was not part of their daily experience here in DPS. And they vowed action.

“I felt deprived of my history,” said sophomore Naqiyan Brinson. “[The experience at the museum] was bittersweet because I was so grateful to be there, but at the same time, why couldn’t I learn it at school?”

“It was a big wake-up call,” said ninth-grader Maymoonah Saleem.

Added ninth-grader Kaliah Yizar, “The trip was meaningful for me because I was surrounded by people like me who were determined and driven to make changes within our school, for ourselves and our peers.”

And make changes, they have.

At that same recent DPS school board meeting, every one of these students spoke movingly about the critical need for a broader and deeper curriculum covering more aspects of the African-American experience, and how it is inextricably linked with our history as a nation. Their powerful testimony is sparking action at DMLK, where school leaders, including Principal Kimberly Grayson, are making major changes to the history curriculum, and throughout DPS, where our Deputy Superintendent of Academics Tamara Acevedo is spearheading improvements to our history curriculum districtwide.

Just like their school’s namesake, these students are raising their voices, powerfully and eloquently, and leading us to a better tomorrow.