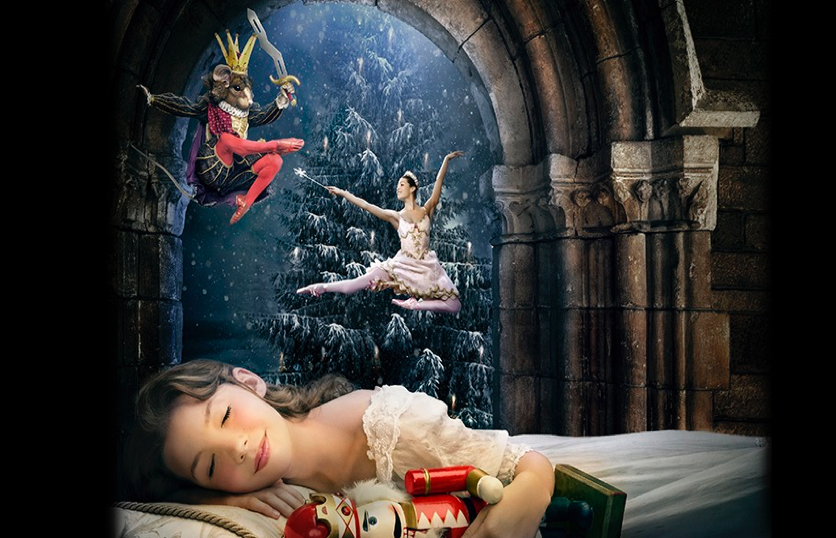 This December, come witness how the Noel Community Arts Dance Company has taken the traditional Nutcracker Ballet and made it their own! With the assistance of the NCAS Dance Director (Paige Farlow), the NCAS Dance Company students studied the original work and developed ways to modernize the scenes and storyline. Through this creative process, they have developed something truly unique! This modernized version will not contain music by the original composer, Tchaikovsky; instead, you will see and hear modern day music and dance genres, ranging from electro-swing, jazz, world dance, dub step, hip hop, and contemporary and pointe ballet. This production also features work created through collaborations with the NCAS Stagecraft Class (prop creation, lights and sound), the NCAS Visual Arts Program (mask creation), and the brand new NCAS Costume Design Team (designed and created all costumes).

Despite some changes to music and choreography, the NCAS Dance Company’s production will very closely resemble the storyline of the Nutcracker Ballet, which was adapted from the original 1816 short story “The Nutcracker and the Mouse King” by E. T. A. Hoffman. Clara (Priscilla Peinado, 12th grade) and her family host a holiday party. Before the party, Herr Drosselmeyer (Keith Gibson, 12th grade), encounters an interesting street peddler who sells him some gifts to bring to the party, including a special Nutcracker for Clara. Once Herr Drosselmeyer brings Clara and her brother Fritz (Isaias Quinonez, 12th grade) the gifts, Clara becomes enamored by her Nutcracker. Clara falls asleep under the tree with her new Nutcracker and drifts into a dreamlike state. During her dream, Clara encounters taunting mice and their Mouse King (Marvin Williams, 12th grade). The Nutcracker (Lewis Gordon, 10th grade) then comes to life and brings out his army to help save Clara from the evil Mouse King and his mice. The Nutcracker defeats the Mouse King and him and Clara begin their Journey to the Land of Sweets. On their journey, they encounter several unexpected visitors including: dancing snowflakes, squawking crows, and sneaky bats. Once they arrive to the Land of Sweets, they are entertained by several dancers from around the world including: Arabia, Russia, China, Africa, and Mexico. Mother Ginger and her children also make an appearance to entertain the crowd. The Sugar Plum Fairy (Katya Torres, 12th grade) then arrives to meet Clara and dances with the Nutcracker Prince. Before The Sugar Plum Fairy leaves, she gifts Clara a necklace. The production ends with Clara waking up underneath her Christmas tree, safe and sound with her Nutcracker. She realizes she is wearing the necklace The Sugar Plum Fairy gave her. Clara is unsure if her dream was really a dream… or was it reality? 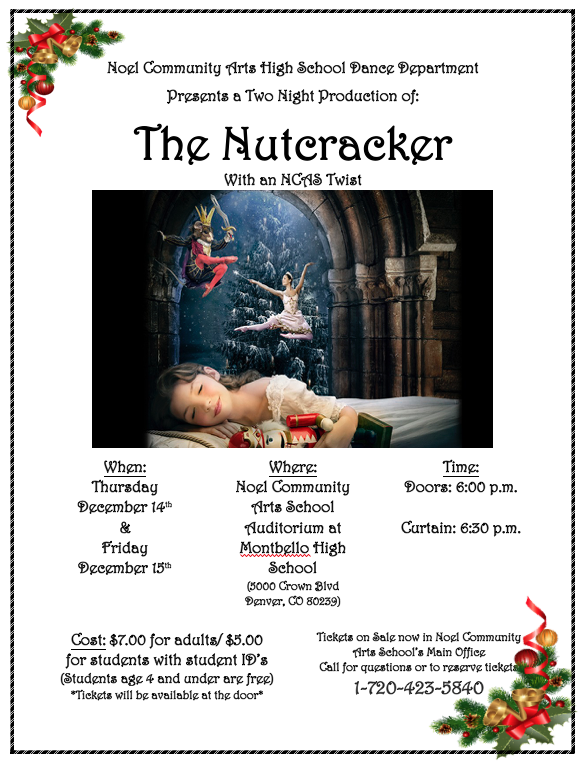