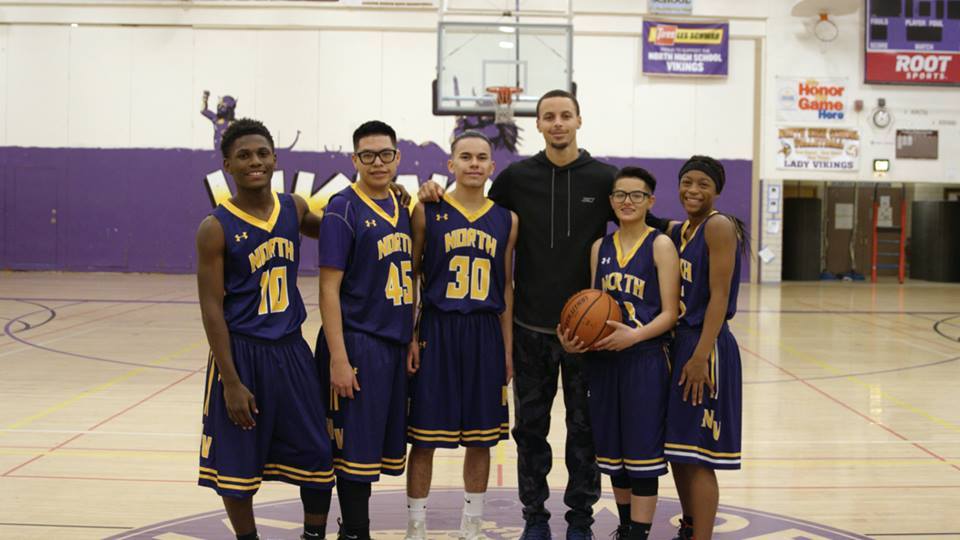 Curry was at North High School for a photo shoot and interview with GQ while in Denver for a game against the Nuggets.

The extremely shocked and excited players traded handshakes and introductions with Curry before he challenged them to longest game of H-O-R-S-E in their lives.

Instead of H-O-R-S-E, he suggested a game of S-E-S-Q-U-I-P-E-D-A-L-I-A-N, the 14th longest word in the English dictionary, defined as “polysyllabic” or “characterized by long words; long-winded.”

Watch the video of the match, posted by GQ on YouTube.

Curry ultimately won the challenge, but he added, “I can always work on my game so it was nice to get some shots up with them.”

After the game, he kindly signed autographs and took pictures with the five elated Vikings, giving them a day they’ll remember forever.