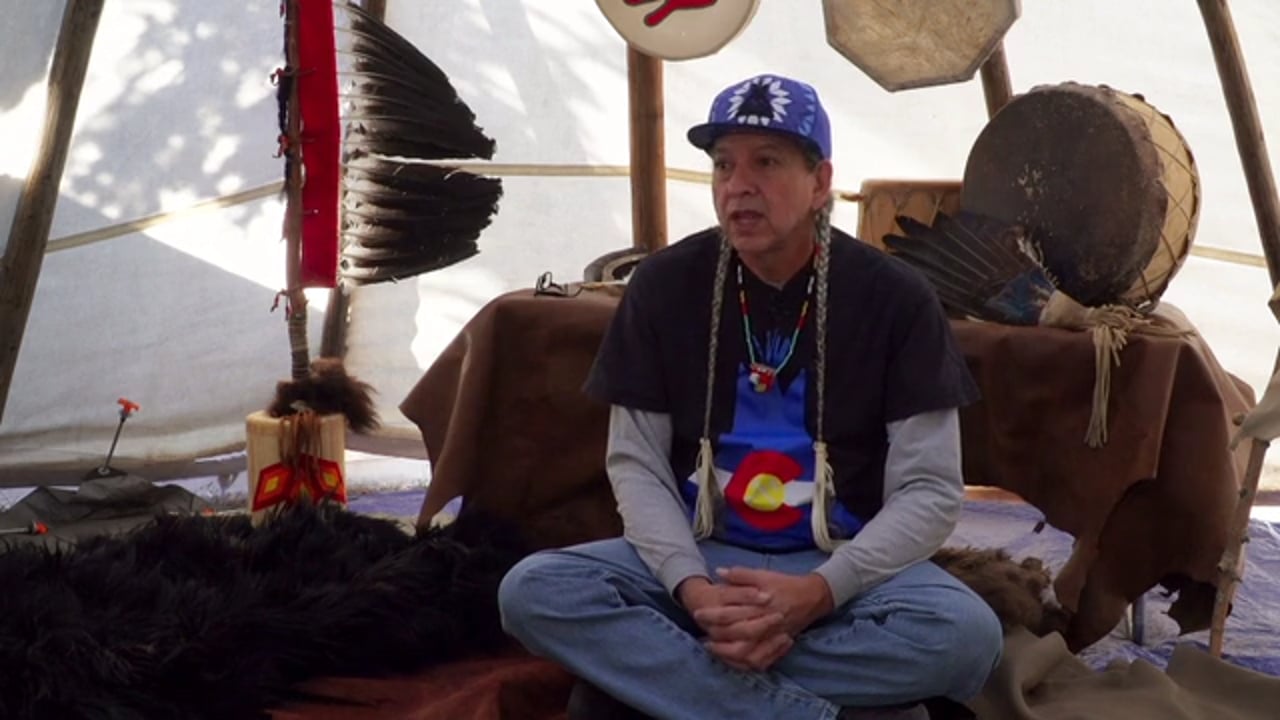 The Legacy of Farrell B. Howell, First Native American Principal in DPS

All schools in DPS rest on the ancestral homelands of the Cheyanne, Arapahoe and Ute Nations, and the community acknowledges this with respect. But one school holds a special honor — it is named after the first Native American principal in our district.

In 2006, a new ECE-8th grade school opened its doors in Northeast Denver. The school’s namesake, 30-year DPS educator and principal, Farrell B. Howell (Tee-da-dee-kucks – War Cry), was no stranger to education. The son of two educators, Howell was born in 1941 and grew up in the Pawnee Nation of Oklahoma where his mother and father taught at the boy’s dormitory school on the reservation.

His father, Stacy Howell, (Ca-he-kee – Leader) was a full blood chief of the Pumpkin Vine Clan, in the Skidi band of Pawnee.

Howell and his siblings grew up among family on the reservation, including his Great Aunt Mary, who originally arrived in Oklahoma after she was forced to leave her homelands in Nebraska on the Pawnee Trail of Tears in the mid 1800s.

After spending his childhood on the reservation, Farrell B. Howell decided to follow in his family’s footsteps by pursuing a career in education. Like their parents, all three of his siblings grew up to be educators.

Howell graduated from Colorado College in Colorado Springs and moved on to secure a teaching position at DPS. What he loved most about teaching, his wife Beverly reflected, were the kids. “It was all about the kids. He was a principal during the school year and taught swim lessons to little kids during the summer.”

Howell went on to become the first Native American principal in DPS at Grant Middle School. As the years passed, his focus on students never wavered.

“I think what was most important to my father was to see that kids of color had a chance to succeed. We live in a society where Whites have the advantage, and the best in-road for a person of color is education,” his daughter, Sara Howell (Tsu Piluzu – Short Woman) added.

Outside of school, Howell continued his advocacy. Every Native nation determines their eligibility requirements for citizenship, which may include “blood quantum” (a percentage of someone’s Native heritage.) As a member of the Pawnee Nation of Oklahoma, he worked with the Pawnee tribal government to reduce the blood quantum from one-quarter to one-eighth, so more individuals, like his grandchildren, could become registered members of the Pawnee tribe.

He also dedicated his time to helping the Native community in Denver. “After Farrell retired from DPS, he was involved in the Denver Indian Center. He was a board member and spent time and energy to ensure the center had resources to provide services to our Native community. Because of his dedication to the community, the gym was named the Farrell Howell Gym,” said Denver Indian Center Board Chair, Rose McGuire.

Though he passed away in 2004, Farrell B. Howell’s legacy lives on within the school. Upon entering through the front doors, students are greeted with his photo, the Pawnee Nation flag and a totem pole carved by Sara Howell. Lessons on the Pawnee Nation and Native American culture are taught to students in elementary grades, and the Howells remain staples in the school community.

“Bev Howell is a huge part of our culture at Howell. She reads every week to all of the kindergartners. She bakes for all the staff every month. She made ‘wolf’ masks for the staff. She and her family are deeply embedded into our school community,” wrote Megan McQuinn, Teacher Librarian.

As for Beverly and Sara Howell, they want students to know that education was an important part of Farrell B. Howell’s life.

“He was a successful Indian, and education gave him that success,” said Sara.

“Plus…he had a terrific sense of humor,” Beverly added, her voice lifting. “He would’ve gotten a real charge out of all of this.”