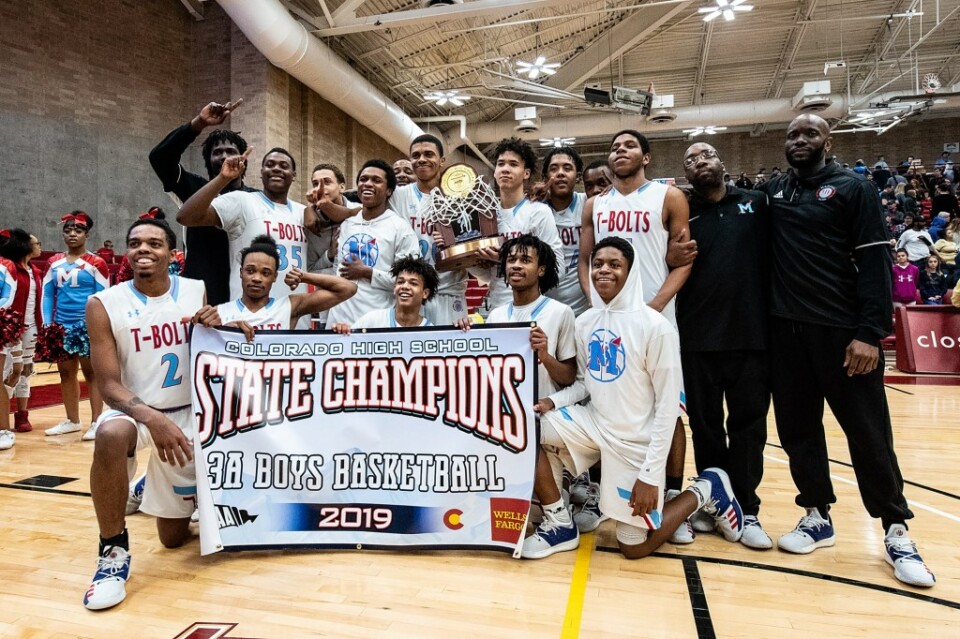 On March 9, Manual High School earned their state-record 12th crown with a 80-68 win against The Vanguard School to capture the 3A boys basketball title.

Manual students, educators and alumni packed Hamilton gym at the University of Denver, giving the T-Bolts the energy they needed to get the victory. It was a hard-fought battle, with Manual trailing by 13 points with two minutes left in the third quarter. From those final two minutes of the third- to the five-minute mark of the fourth, Coach Omar Henry implemented a full-court press on defense to force 12 turnovers in the second half. Those turnovers by Vanguard turned into points for Manual.

Led by senior Jaedon Bowles, with a team high of 26 points and 12 rebounds, and junior Jaden Stofel, who scored 20 points, the T-Bolts scored 54 points in the final quarter and a half, outscoring Vanguard by 25 points in that stretch. The lead changed hands four times before Manual seized control at 62-57 with four minutes remaining and completed the comeback, going on a 16-5 run to end the game.

The win gives the Thunderbolts their first boys basketball state championship since 1991.