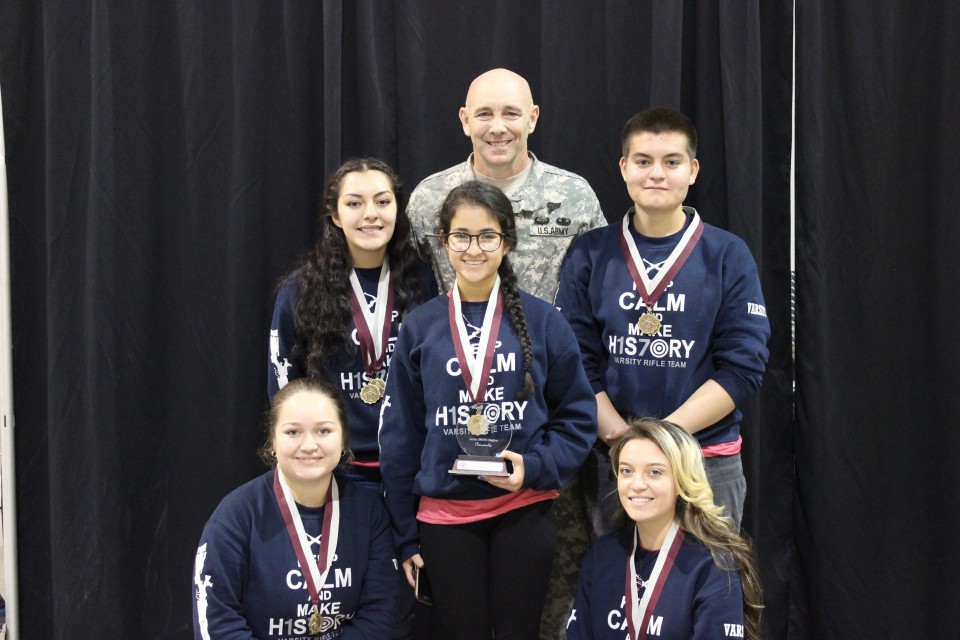 Congratulations to the Abraham Lincoln High School’s Sporter Air Rifle Team for finishing third nationally in the Army JROTC Program. This tremendous accomplishment earns them a spot at the All-Services JROTC National in Alabama, where, on March 24-25, they will go head-to-head with the finest teams from Navy, Air Force, and Marine Corps JROTC.

With more than more than 2,000 Army JROTC programs worldwide, this feat is especially amazing considering this is the second year in a row that they will compete at the All-Services Nationals.

This year’s team is comprised of Montse Corona, David Lara, Hope Hernandez, Ariadne Ramos, and Tania Soto, five outstanding seniors whose excellence is not limited to the air rifle range. Demonstrating the same skills of self-discipline, focus, and teamwork that they learned from Air Rifle, these cadets apply these same learned skills equally to the classroom, the other JROTC teams that they lead, and serving their community.

All five of the shooters have GPA’s of 3.75 or higher and are the senior leaders of a program that has been the top-rated Army JROTC program for three years in a row.  Four of the five members are also senior leaders of Abraham Lincoln’s Honor Platoon.  This unarmed, precision drill exhibition team is among the best in the world and is set to compete in the Army JROTC Nationals held in Kentucky over Spring Break.

Committed to serving their community, these students were instrumental in their program’s service learning project.  Through their support of a local food bank, the program’s cadets distributed over 23,000 pounds of food to 625 families throughout more than 800 community service hours.

The team is coached by retired Master Sergeant Mark Beasley, who was honored last Spring as the John Lynch Foundation’s Coach of the Year and was selected out of more than 5,000 instructors to be the current Army JROTC Instructor of the Year.

The valuable lessons these students learn on the rifle range will serve them well all their lives. Past team members include students at the University of Denver, as well as those proudly serving their country from around the world.

Congratulations Lincoln Lancers. You’ll do an outstanding job at the All-Services JROTC National.