Light It Up Blue Day 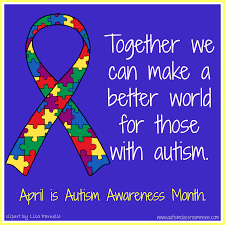 Autism statistics from the U.S. Centers for Disease Control and Prevention (CDC) identify around 1 in 68 American children as on the autism spectrum — a ten-fold increase in prevalence in 40 years.

Careful research shows that this increase is only somewhat explained by improved diagnosis and awareness. Studies also show that autism is four to five times more common among boys than girls. An estimated one out of 42 boys and one in 189 girls are diagnosed with autism in the United States.

Autism affects over 3 million individuals in the U.S. and tens of millions worldwide. Moreover, government autism statistics suggest that prevalence rates have increased 10-17 % annually in recent years. There is no established explanation for this continuing increase, although improved diagnosis and environmental influences are two reasons often considered. (www.autismspeaks.com)

This Friday, Oakland Elementary (4580 Dearborn St.) and Westerly Creek Elementary (8800 East 28th Ave.) will be having a Light It Up Blue Day, where all students and staff will wear blue. From 2:45-3:15 p.m., both schools will simultaneously be hosting a schoolwide Annual Autism Awareness Walk to create more awareness throughout the district. This will be Oakland’s first Annual Autism Awareness Walk and the third for Westerly Creek. All Oakland and Westerly Creek families are encouraged to attend to build community and help create more awareness throughout the district. Looking toward the future, our goal is to eventually have every school across the district join us in our mission to raise autism awareness.