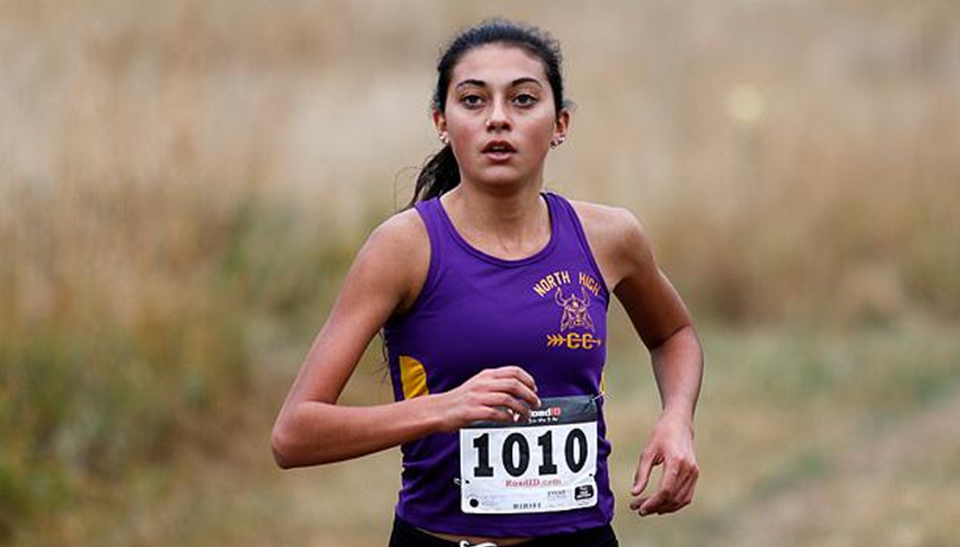 Watch the video by 9News of Young’s epic finish at the 2016 State Championship event online here.

Her time of 18:36 was 11 seconds ahead of Quinn McConnell from Peak to Peak Charter School, in what most in the crowd described as the greatest cross country race in Colorado history. McConnell held a slight lead over Young as the two approached the finish line. Suddenly, Young fell just yards away from the end, all but ensuring her opponent’s win. However, seconds later McConnell also dropped to the ground out of exhaustion, which allowed Young an opportunity to push herself ahead to capture the 3A state title.

“I think when you are really really close, something just takes over you and all you want to do is be done and get there,” said Young about her determination to will herself to the finish line.

Young, who was the runner-up at both the 2014 and 2015 CHSAA State meets, is considered one of the top high school distance runners in the country. She is the first individual State Champion from DPS since Cerake Geberkidane from East High School won the crown in 2013. Her win helped spark North High School to a fifth place overall team finish – the highest finish in program history for the Lady Vikings.

For a complete look at the results, click here.