All schools are open 1/27 and operating on regular schedules. 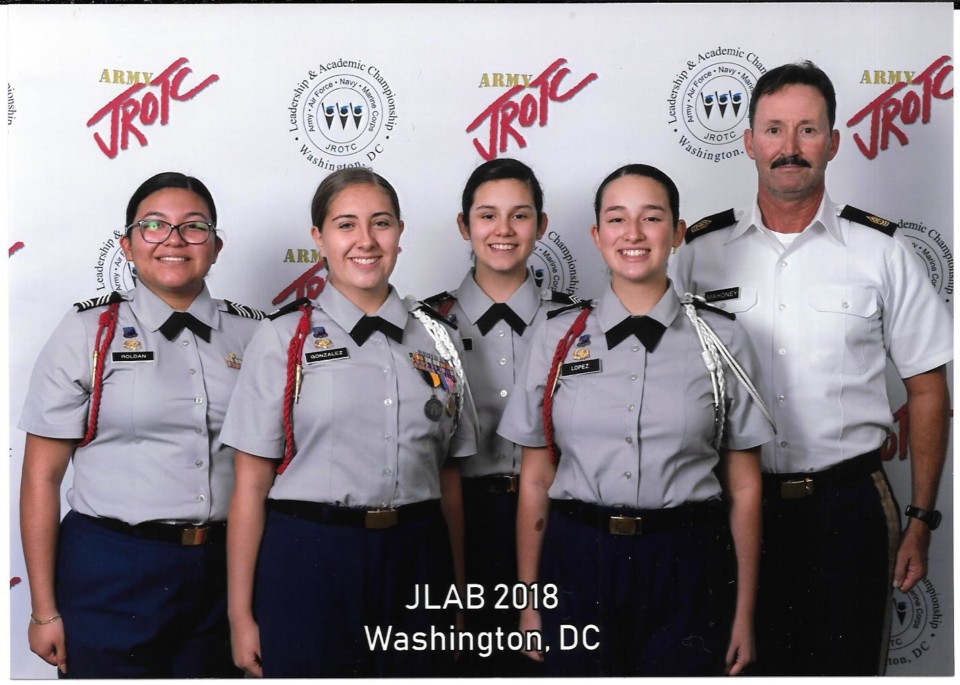 “It was a very proud moment for me to bring four students, who are the children of immigrants, to our Nation’s capital, who represented the best and brightest in our country. It was very representative of the Denver Public School’s core values and the diversity we celebrate every day,” said First Sergeant Paul Mahoney, JFK JROTC instructor and coach.

Through JROTC’s Leadership & Academic Bowl (JLAB), cadets compete in online quiz bowl-style competitions in both leadership and academic categories to help prepare them for college placement exams. The leadership category tests knowledge of the JROTC curriculum and English, math and science questions similar to the SAT/ACT. Both the SAT and ACT exams are options under our graduation requirement competency menu for the classes of 2021 and beyond.

Out of more than 3,000 JROTC Academic teams competed from around the world at the start of this national competition, only 32 teams earned top scores to advance to the National Academic Bowl competition, including a team from DPS!

During the two fast-paced preliminary rounds, students were tested on their knowledge of JROTC curriculum, English, math and science. This year’s guest speaker was Alex Trebek from Jeopardy!

While in D.C., students also had the opportunity to learn more about our nation’s history with trips to the nation’s capital, the Mall, monuments, Arlington National Cemetery and saw the Star Spangled Banner at the Museum of American History.

Though the team didn’t make it into the championship round, they held their own against the best in the Nation. Gabriela Lopez, the team captain said, “During the competition, questions were asked on so many diverse subjects and topics, it really fueled our desire to learn more. It also gave us a great appreciation for the diverse instruction we receive in every class here at JFK.”

To learn more about JLAB and other JROTC programs and team opportunities, visit collegeandcareer.dpsk12.org.