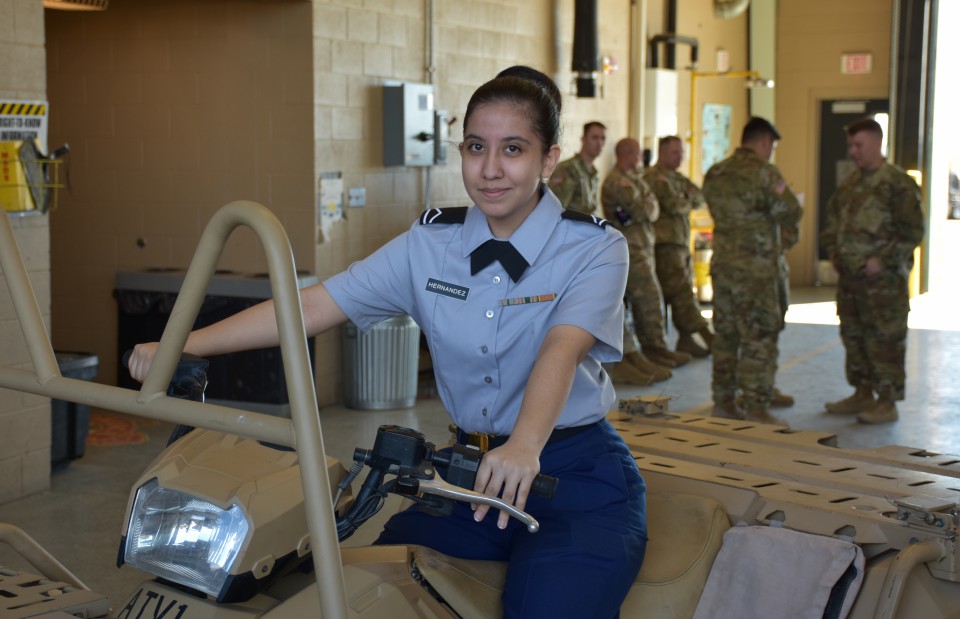 West High School JROTC (Junior Reserve Officers Training Corps) cadets got a chance of a lifetime and learned firsthand what life on base could be like in the United States Army Special Forces, also commonly referred to as the Green Berets. Green Berets are an elite group of special operations soldiers who handle the most difficult of missions — everything from counter-terrorism to atypical warfare. The students visited the 10th Group, located in Fort Carson, Colo., which has been heavily involved in the War on Terrorism, deploying to places like Georgia, North Africa, Afghanistan and Iraq. Since the 1960s, the 10th Group has trained with countries from all over the world, and has contributed in humanitarian missions across the globe. 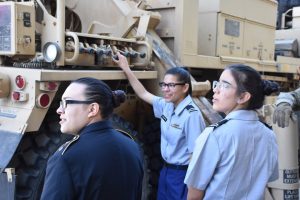 Vanessa Follette operates the wrecker and cadet Raen Delgado observes on the left and cadet Flora Follette on the right.

Cadets were excited to learn what soldiers do on a daily basis, the types of systems they use, and what it means to be in the Special Forces. Students learned that Green Berets receive training in mountain warfare, including skiing, snowmobiling, mountain climbing, scuba training and more. “Our students were interested in learning everything a Green Beret studies and trains for — from linguistics training for three or four languages, to hand-to-hand combat training and airborne training with High Altitude Low Opening (HALO),” said Col. Jeffrey Wilson, Senior Army Instructor at West High School.

JROTC incorporates many programs and learning opportunities in the curriculum to better prepare students for their future college and career plans. Students are consistently taught the value of leadership, teamwork, time-management and self-discipline, and how these skills relate to their future career. 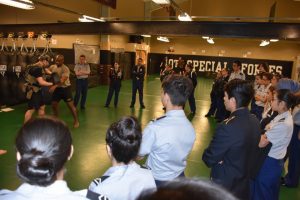 Soldiers are equipped and trained at a very high level, and it shows our young cadets that persistence and hard work pays off in the long run. Giving students the opportunity to interact with high-achieving adults help reiterate they, too, can build a plan for their futures and reach their potential.

“These opportunities allow cadets to see what the life of a soldier is like. They get to explore the different paths to enter the military and learn about new ways to have their college tuition covered,” reiterated Col. Wilson.

The students even ate like a Green Beret for the day, as the unit paid for the cadets to have lunch with them in their dining hall to get the full experience. Students learned that Green Berets eat meals similar to what is served to Olympic athletes because of the high-intensity training!

Thank you to the Green Beret 10th Group and West High School’s JROTC leadership, who made the visit possible for our students.

Pictured above: Catherine Hernandez gets a feel for the 10th Special Forces Group Polaris ATV, which has been modified for military use.