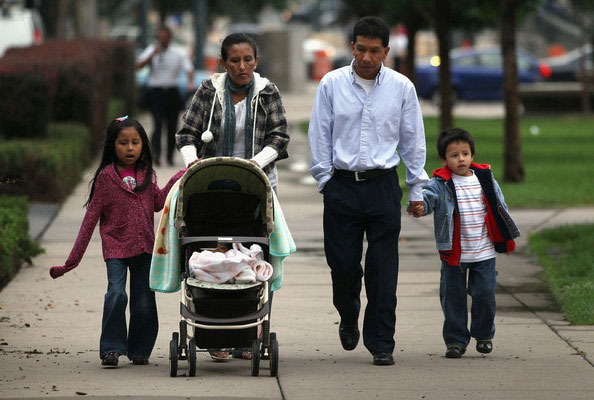 My personal hero is Jeanette Vizguerra, my mother. To me she’s a hero in endless ways.

About 23 years ago, my mother decided to make the hard decision that many from our immigrant community decide to make in search of a better life. She fled the violence and poverty of Mexico all to give her children a better future. With that, she left her family, her belongings and everything she´d ever known for a country that she had no idea about.

As a daughter of immigrant parents, everything you do is all to accomplish your dream of repaying your parents for all their sacrifices. Within the community, my mom is seen as a symbol of hope for the immigrant community. Regardless of her status or language she has always put up a fight for her people. Upon only a couple years of her arrival she was already organizing.

She started off by organizing janitors and unionizing them with SEIU 105 in search of better pay and treatment within the workplace as she noticed how unjust it was. While being an organizer, she managed to raise three children along with working two jobs. Mass marches were organized, immigration organizations were brought up because it was she who started bringing these topics up in Denver.

I remember for years on end I would be at meetings on meetings with groups like SEIU, RAP, CIRC, along with so many more, until 2009, when she was first put into the system. I remember the night vividly. I was watching tv with my dad, who at the time had cancer, while my mom was on her way to her second job. A call came in and it was my mom telling my dad to take care of us.

It took several ways of finding bond money but eventually she was back home. Years passed and my grandma was dying due to cancer. She had an appeal in progress but chose to visit her mother regardless of the legal consequences that would come later, and I find that to be one of the bravest things.

It was almost a full year without my mom as she was detained in El Paso, Texas, for three months while crossing the border. We were reunited, but at a check-in that was required, she was once again detained simply because the official felt like it. After an endless amount of community pressure we were finally reunited. To this day this woman has been so resilient and not only fights for herself but for her community.

Her strength is seen through her form of protest and the love exhibited for her own.