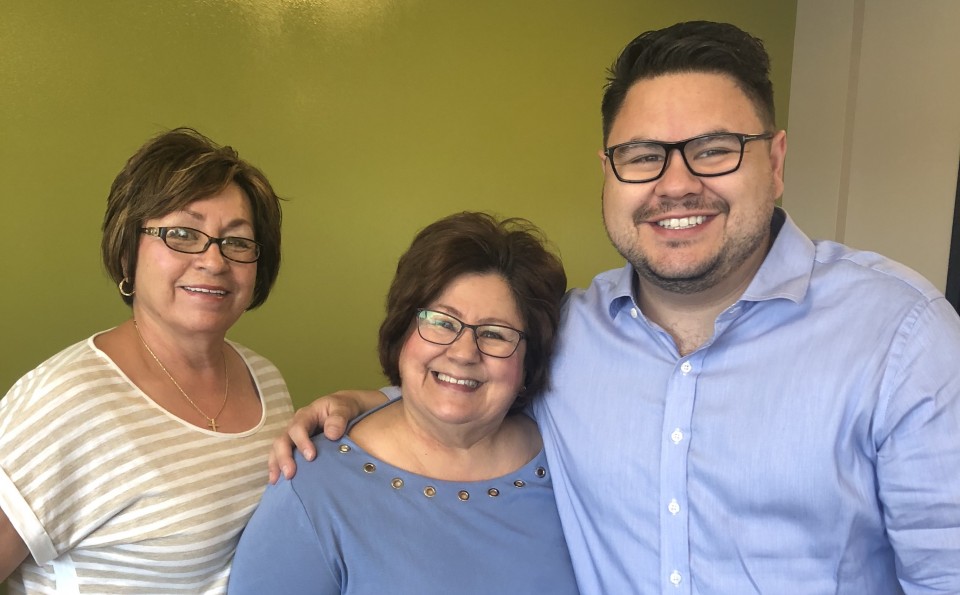 On July 30, members of DPS’ Communications school-support team had a Q&A with a deputy editor from the Wall Street Journal – one who started his journey in DPS. Robert Barba, deputy editor on the spot news desk of the paper and Dow Jones Newswire, shared with the group his experiences and ideas on journalism, as well as his beginnings as a DPS student in southwest Denver that got him there.

“I was treated well by DPS and always felt supported,” Robert shared. “My path was guided by a flurry of people who always looked out for me.”

A southwest Denver native, Robert started school at Goldrick Elementary and later attend Horace Mann Middle School as part of the Highly Gifted and Talented program. While there, he participated in the annual History Day competition under the guidance of Mrs. Barbara Allen. The video he co-produced on Cesar Chavez won first place in the state competition and placed third nationally in 1996. He credits that experience with paving the way for his career as a journalist.

During his eighth-grade year, Robert was featured in a DPS’ “Smart Kids, Sharp Schools” campaign. He was accepted to the computer magnet program at George Washington High School, where he graduated from in 2000 and was part of the inaugural class of Daniels Fund Scholars.

Robert attended the University of Colorado at Boulder, graduating in 2004 with a journalism degree. He interned on the business desks of the Boulder Daily Camera and the Denver Post. He later joined industry publication American Banker in late 2007, on the eve of the financial crisis. In his decade at American Banker, he covered the failures of hundreds of community banks following the 2008 crisis. He has served as a board member of the Society for Advancing Business Editing and Writing since 2015 and is a long-time member of the National Association of Hispanic Journalists.

Through it all, Robert attributes his go-getter attitude and his ability to build strong relationships as some of the factors that have helped him grow in his career. He also thanks his mentors in DPS – particularly women of color – who supported him all along the way.

As we get ready to kick off the 2018-19 school year, the DPS alum had a few words of advice for students. “Be audacious, get what you need and make connections,” Robert said. “Ask for resources if needed.”

Robert’s mother Angela, who visited the school-support team alongside her son, shared how proud she was of Robert and the supports he received in the district. “DPS has done an amazing job with my son,” she said. “I hope other mothers feel the same way.”