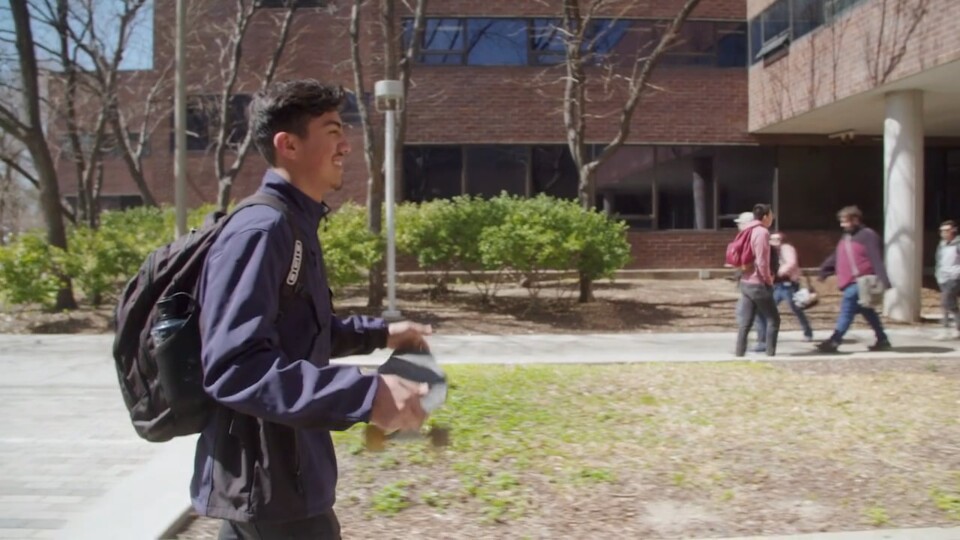 Life after graduation can be surprising, even difficult – particularly for students from immigrant backgrounds.

“When I was a student, graduation came and it was a moment of pure elation,” Dominguez said. “Now, a lot of students are very frightened about what’s going to happen to them after high school.”

In the film, Dominguez checks in with Luís, Martin, Johanna and Grace, who each have immigrant backgrounds. While some students are pursuing higher education or the medical field, others have decided not to go to college and are instead working to support their family.

“I think I what I was most surprised about was how much that past weighs on them, even a generation after coming to the United States,” Dominguez said.

At a screening of the film in May, students expressed the difficulty of managing their parents’ expectations while also pursuing their own hopes and dreams.

“It’s really hard to help them understand when you barely even know what you’re doing yourself,” said Luis, a CEC Early College graduate who is supporting his family business. “I have my dreams and stuff, but I have to help my family because… I have to help them.”

Dominguez created the film through a grant from the National Association of Latino Independent Producers and the Corporation for Public Broadcasting. Watch it on World Channel, or streaming here: https://video.rmpbs.org/…/beyond-graduation-turns-in-the-r…/