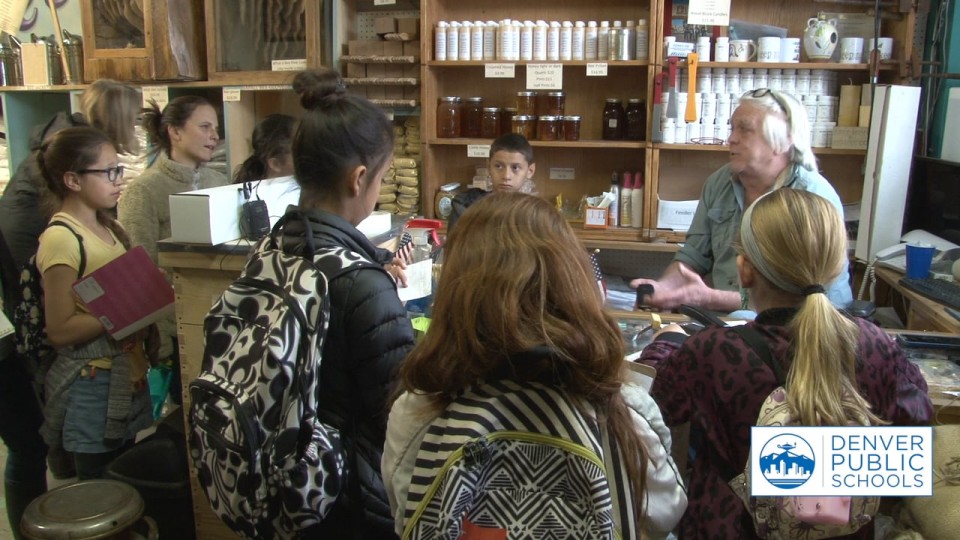 Around the end of every school year, Brown International Academy fifth grade teacher Wendy Edwards has a minor little freak-out: “Throughout the whole process you think, ‘Is this going to come together?’” she said.

Edwards is talking about the self-directed, end-of-year projects students are tasked with completing as part of their International Baccalaureate (IB) Primary Years Programme. Their projects – which touch on critical issues and current events – are intended to encompass everything they have learned from kindergarten through fifth grade.

“In a normal day, we guide them through learning, even with research,” Edwards said. “In this case, they have to do it on their own.”

Students work on the projects for months, scheduling in-person interviews and webcam sessions with leading experts in the fields of the topics they are researching.

“This project helps me (prepare for) sixth grade, because we’ll be doing a lot of projects in sixth,” said Brown fifth-grader Breeani Silva.

Some groups tackled declining honeybee populations, visiting a bee farmer and businessowner at Dakota Bees in Lakewood. Another group discussed discrimination in education with educators at the Emily Griffith Campus in Downtown Denver.

“Probably the most important thing I’ve learned is what discrimination is, and how it affects people,” said fifth grader Mya Kennedy. “Now I know how to stop it, and how not to discriminate people.”

Students then create action plans – raising money or awareness about their topics – before presenting their findings to their families and the community in late May.

“It just becomes… mind-blowing. I cry every year, Edwards said. “They realize they can make a change and have action. It’s beyond anything we can teach them in a classroom, because they learn it themselves.”