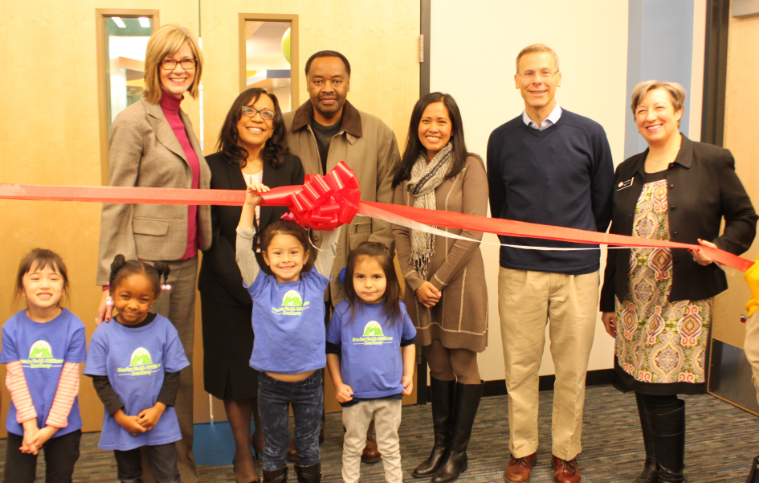 “Never in a million years could I have imagined my name on a Denver Public Schools’ building for doing what I love, teaching,” said Todd-Williams. “Thank you for this huge and remarkable honor.”

Todd-Williams grew up in Montbello and attended school in DPS. Due to busing constraints during this time, she attended three different elementary schools, two middle schools and two high schools in DPS, and graduated from Thomas Jefferson High School in 1976. She received a bachelor’s degree in ECE from the University of Northern Colorado, and her master’s degree in education from Leslie University.

Further exhibiting her dedication to Denver and its youngest learners, she was honored by Mayor Michael B. Hancock in a proclamation that declared June 3, 2016, as Sandra Todd-Williams Day.

The Sandra Todd-Williams Academy is located at 4909 N. Cathay St., Denver 80249, and was made possible thanks to Denver voters’ approval of the 2012 DPS bond. Likewise, 40% of the funds used to create the new campus went to minority- and women-owned construction firms.

“The Sandra-Todd Williams Campus was made possible through the generosity of taxpayers like you, who voted to pass the 2012 bond,” said school board member Rachele Espiritu. “We look forward to making great improvements in our schools throughout the entire district through the 2016 bond that was passed this past fall.”

Three- and four-year-old students and educators began classes at their new home on Jan. 9. The new campus includes eight classrooms, a state-of-the-art playground and multi-purpose room. To learn more about this campus, visit toddwilliams.dpsk12.org.