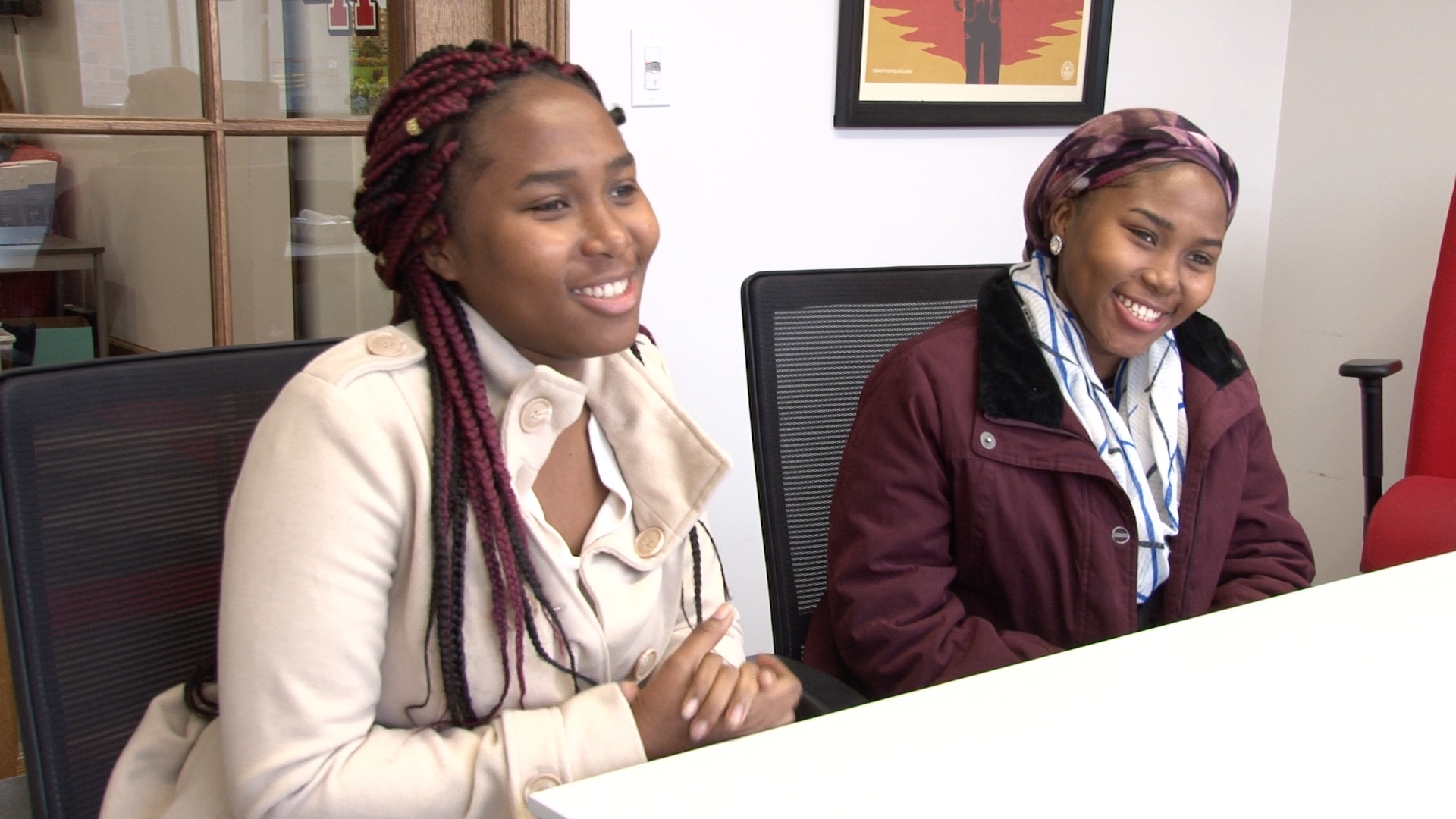 Watch the DPS Features: video on YouTube and Vimeo.

Twin sisters Kacey and Karen Shungu are East High School seniors who moved to the United States four years ago. As refugees from the Democratic Republic of Congo– a nation torn apart by war – life in Denver has been “a miracle,” allowing them to pursue their biggest dreams through education.

Their journey to the U.S. was not without difficulty. As they prepared to leave for their new home, their mother died following complications with childbirth.

“When [our] mom died, we stuck to each other,” said Kacey. “It glued us together.”

The twins, who joined the rest of their family here in Denver, fought through post-traumatic stress as they adjusted to American education. They leaned on each other, inspired by the words of their mother.

“She told us to love each other and take care of each other,” said Kacey. “We didn’t need best friends or BFFs. We are BSFs: best sisters forever.”

In recent months, as conversations about refugees grew more divisive during the 2016 presidential election campaign, Kacey and Karen felt increasingly ostracized in their new home country. It was Kacey’s AVID class where she first felt comfortable to speak up about her hopes and dreams for life in America.

“I remember standing up alone, by myself, when someone asked if we had experienced war,” she said, “and I knew at that point I had something to offer, a story or a changed perspective on life.”

As negative rhetoric toward refugees became louder leading up to the election, Kacey and Karen’s classmates provided the love and support they thought could only come from family.

“After the election, the kind of love our school gave back to us was incredible,” said Kacey. “Even though it feels like we have nothing to give, our school told us they needed us.”

“After all the pain I have at home and carried with me from Africa to here, [my ] school planted a seed in … of grace,” said Karen.

After they graduate from East HS, both Kacey and Karen strive to continue their education in the U.S. with the intent of someday taking their fellow classmates’ love back to their home country. While Karen will be pursuing a double major in pre-law and international affairs, Kacey wants to become an OB-GYN to help save the lives of women who face the same medical complications as her mother did.

“Every love I have felt here in America, I want to bring back to Africa,” Kacey said.