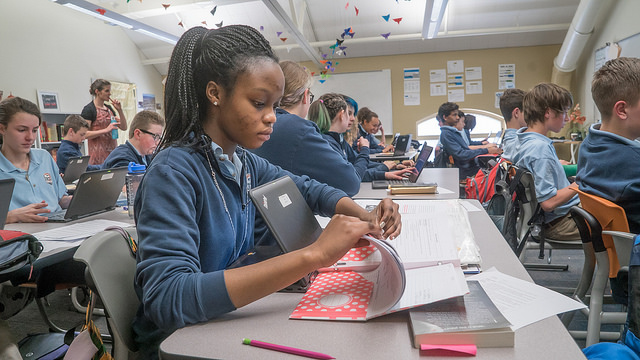 The Broad Prize review panel cited DSST’s integration model, in addition to the school network’s strong academic performance. In its 14-year history, 100 percent of graduates of the network’s 13 diverse-by-design schools have been accepted to four-year colleges and universities. More than half of DSST’s 2016 graduates were the first in their families to attend college.