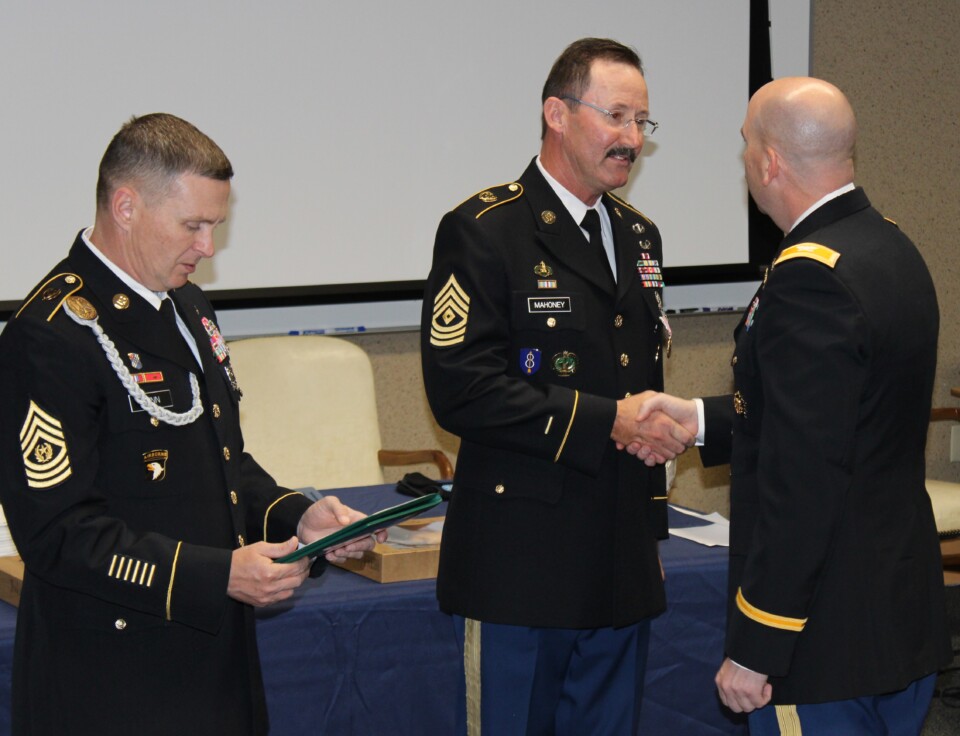 Two Denver Public School teachers were recently recognized as being the best in all of Army JROTC.  In ceremonies at their schools presided by the Commander of 5th Brigade, United States Army Cadet Command, Major (R) Dennis Campbell from Thomas Jefferson H.S. received the Senior Army Instructor of the Year Award and First Sergeant (R) Paul Mahoney from John F. Kennedy H.S. was awarded the Army Instructor of the Year Award. 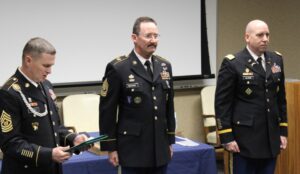 The Army Junior Reserve Officers’ Training Corps (JROTC) is an exciting program offered to high school students that teaches character education, student achievement, health and wellness, leadership and diversity.  The program is jointly conducted through a partnership between the U.S. Department of Defense and DPS.

“There are more than 4,000 instructors in Army JROTC,” said Lieutenant Colonel Steve Osterholzer, the Director of Army Instruction for Denver’s 10 JROTC programs.  “Each year the Army selects the top Senior Instructor and top Army Instructor through a demanding evaluation process.  We’re extremely proud that the very best instructors in the world are among Denver’s ranks.”

Colonel Alfeiri, the 5th Brigade Commander responsible for more than 320 programs in eight states, traveled from Fort Bliss, TX along with the unit’s top Non-Commissioned Officer, Command Sergeant Major Bunn to present the prestigious awards.  During ceremonies attended by school administrators, current and past teachers, and other distinguished guests, the two Denver instructors were recognized as being the best. 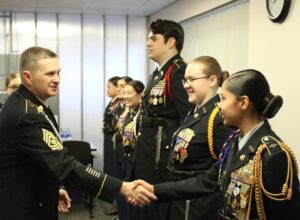 “Education and experience are powerful tools that cadets can use to change their lives, change the world,” said Major Campbell. “I feel incredibly fortunate to be in a position where I have the opportunity to provide our young people those windows to do that.  Down the road, someday when it’s time to walk away, the hope is that over time I made a difference and left that next generation something to build on.  I know, for me, the kids give me something back nearly every day.”

Lieutenant Colonel Osterholzer summed it up this way. “Army JROTC is more than a century old,” he said.  “In the history of the program there’s never been both the Senior Army Instructor and Army instructor awardees being from the same state in the same year, much less the same school district.  Denver truly does have the finest JROTC instructors in the world.”