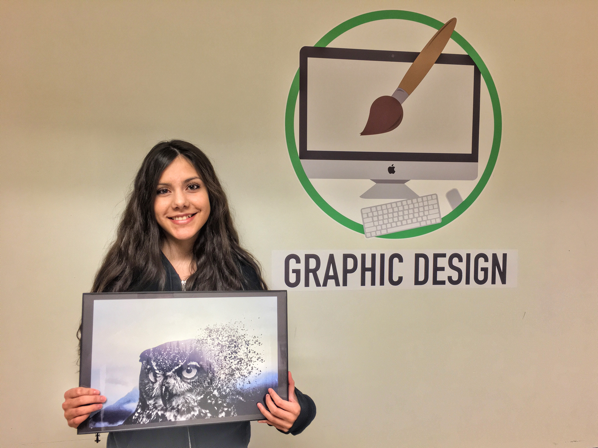 Each year, the Congressional Institute sponsors a nationwide high school art competition. Students participate by submitting entries to their representative’s office, where a panel of judges evaluate the entries.

Santos’ artwork will be on display in the Cannon Tunnel of the U.S. Capitol building in Washington, D.C. for the next year. As part of her award, Southwest Airlines provided her with two flights to the reception in June.

According to the U.S. House of Representatives website, since the Artistic Discovery competition began in 1982, more than 650,000 high school students have participated.