DPS Seal of Biliteracy Prepares Graduates for a Bilingual Future 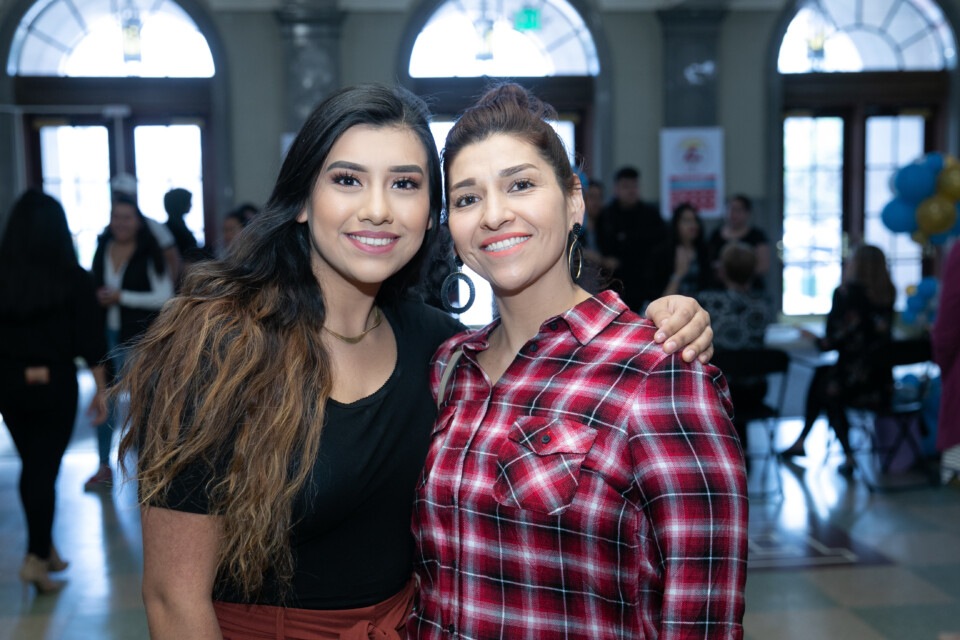 On May 6, a group of more than 800 DPS seniors and guests gathered at East High School to celebrate a remarkable achievement – earning the DPS Seal of Biliteracy by demonstrating mastery of English and another world language. This is the fourth year DPS has presented the award, with the number of students earning the award increasing each year from 195 in the first year to potentially more than 1000 this year after AP test results are returned in June. Of the students who have already completed all of the rigorous requirements to earn the Seal this year, 18 different languages were represented, and 21 earned the Seal in multiple world languages, meaning they demonstrated proficiency in English as well as two other languages.

Superintendent Susana Cordova congratulated the graduating seniors, noting that language skills are becoming increasingly important in the job market. “We know that students who graduate with multiple languages will have more job opportunities and better average salaries,” said Cordova, “more and more employers are seeking candidates who can communicate and build relationships across countries and cultures.”

DPS supports all students in graduating biliterate, or able to read, write, speak and listen in multiple languages. Increasingly, schools are finding ways to connect biliterate students with post-graduation career options, including a class in world language interpretation at South High School, and a partnership with Metropolitan State University that allows students from Abraham Lincoln and North to earn a minor in Spanish while still in high school.

Other featured speakers included Giovanna Carriero-Contreras, founder and CEO of Cesco Linguistic Services, who spoke about the importance of keeping language alive; and University of Colorado professor Kathy Escamilla, a leading author and advocate for bilingual education. Escamilla discussed the history of bilingual education at DPS and introduced special guests from the Congress of Hispanic Educators, a group of teachers that fought for bilingual education in Colorado starting in the 1980s.

The highlight of the event came as Cordova and members of the Board of Education presented students with their Seals and honorary cords to wear at their graduation ceremonies. One by one, students announced their name and languages in their world language, filling the auditorium with the sounds of the many languages that add to the diversity of DPS classrooms. For more information about the DPS Seal of Biliteracy, visit sealofbiliteracy.dpsk12.org.

Under Superintendent Susana Cordova’s leadership, DPS is streamlining our focus on Equity, Instructional Excellence and Collaborative Teamwork, so that every school becomes a place where students are affirmed for who they are — while being challenged to excel. Learn more at superintendent.dpsk12.org.

Watch students at the event talk about why the Seal is important to them in this Somos DPS video.