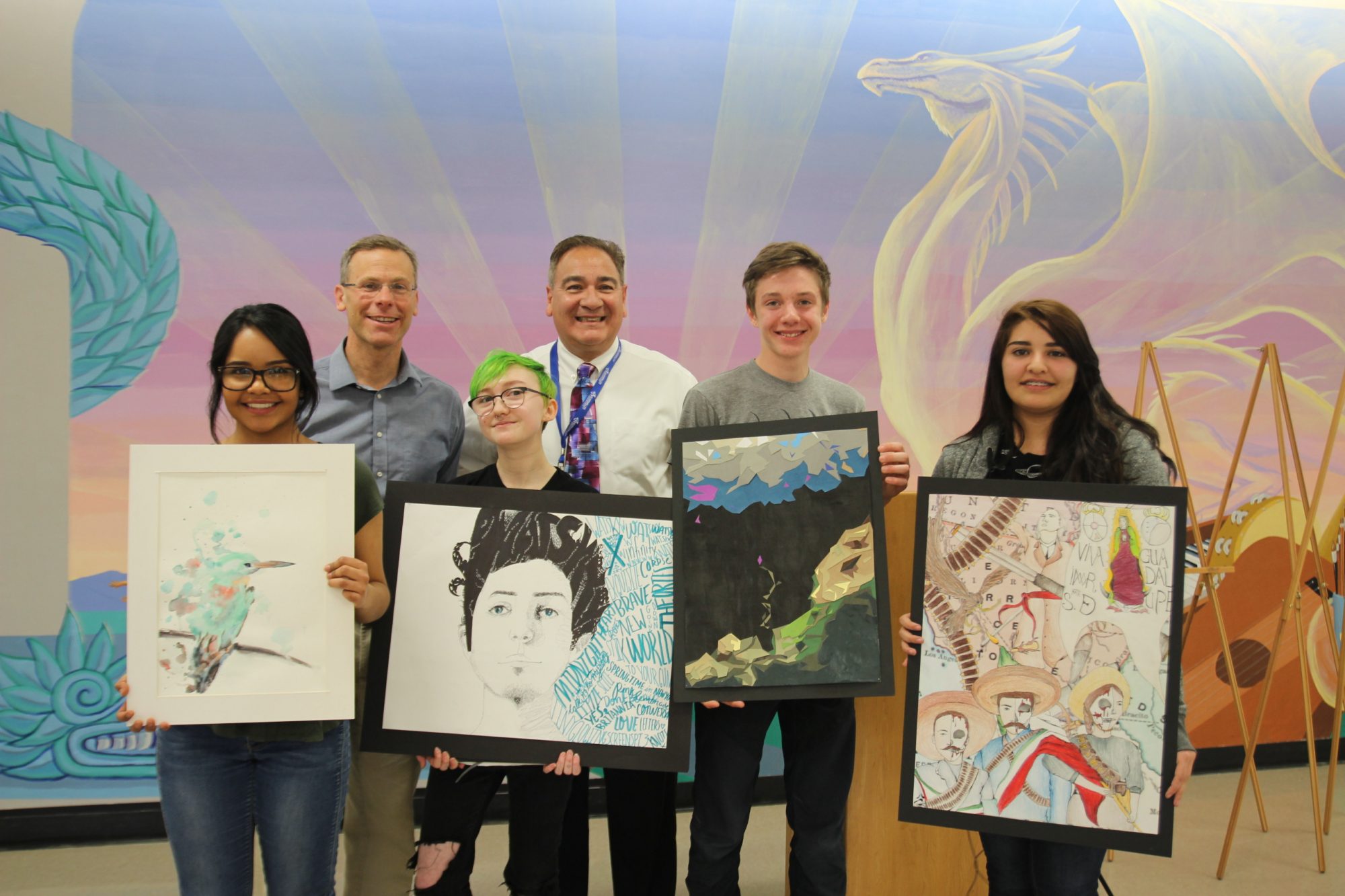 Watch the DPS Features video on Vimeo or on YouTube.

Hasly Herrera (pictured right in the above photo), a sophomore at Kunsmiller Creative Arts Academy (KCAA), says art has not only motivated her to pursue higher education, but also provided her with an outlet for meaningful discussion about the Latino community.

“It’s not only to be make my family proud, but to break the stereotypes of the Latina community. Of how we would usually drop out or get pregnant before high school,” she said. “I want to break those stereotypes, and hopefully just get a career in anything with art. If that happens, I will be the happiest person ever.”

KCAA was selected for the celebration because its 100% graduation rate in spring 2016 represents improvements in graduation results across Southwest Denver:

KCAA was once Kunsmiller Middle School, a low-performing, or red, school on the School Performance Framework; Kunsmiller was gradually phased out beginning in 2007 after years of poor performance. In 2009, the campus re-opened as Kunsmiller Creative Arts Academy and it is now a thriving K-12 school offering an arts-enriched curriculum.

Impressively, 100% of KCAA’s senior class graduated in 2016, and the school also had a 0% dropout rate. The KCAA Class of 2016 was small, with 30 students, but the school’s enrollment is growing; this year’s freshman class is the largest to date, with 95 students.

“The art curriculum at Kunsmiller has helped influence my drive to go to college,” said KCAA student Kya Butterfield. “My creative mindset will help me in my future career in quantum mechanics.”

“DPS has seen a greater gain than any other major school district in the state and possibly the country,” said Superintendent Boasberg. “There are hundreds and thousands more students who are staying in school, and graduating ready for college and career.”

While celebrating gains, Boasberg also noted the district still has work to do to close gaps among student groups:

Click to read a district summary of graduation, completion and dropout rate data. Visit the state Department of Education graduation rate website and its dropout statistics website for school-by-school data.[/vc_column_text][/vc_column][/vc_row]