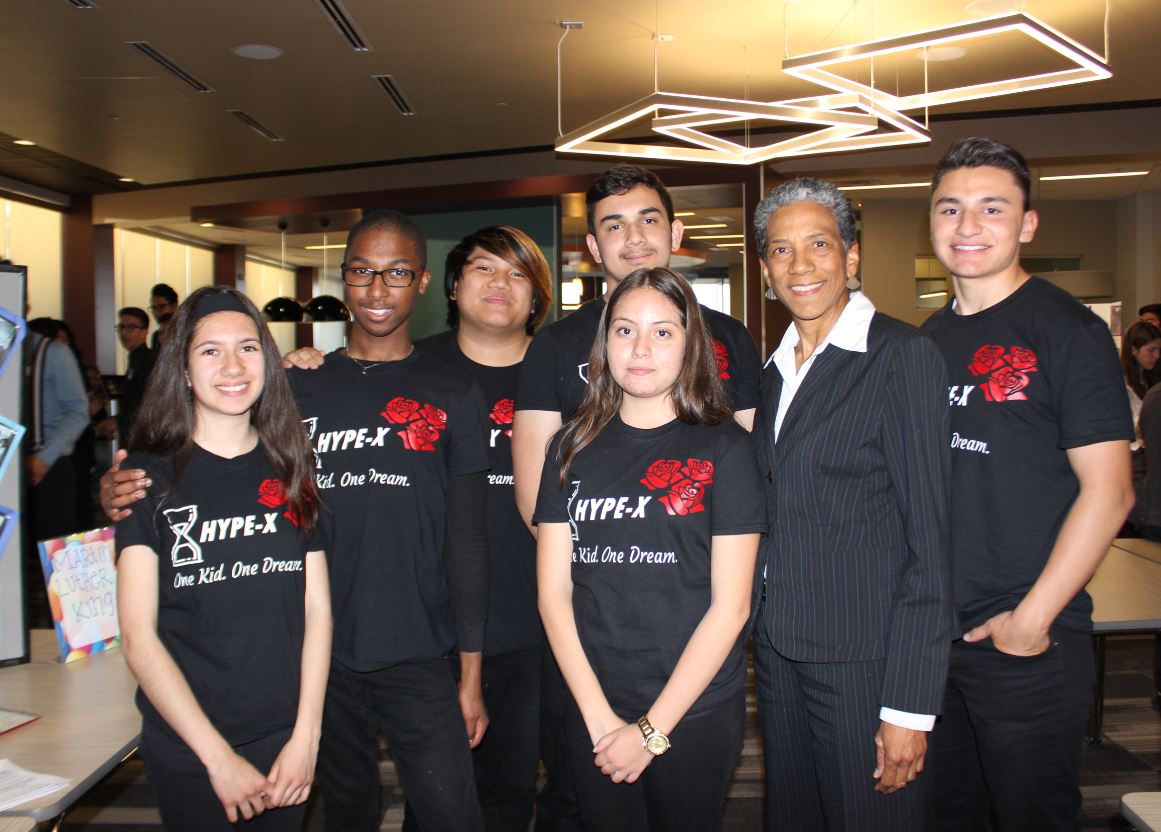 Denver Mayor Michael B. Hancock has appointed Allegra “Happy” Haynes, Denver Public Schools’ Board of Education secretary, as the city’s deputy mayor for 2017. She takes over the largely ceremonial role from Don Mares, executive director of Denver Human Services. And, in the event the mayor is unable to fulfill his duties, Haynes would take on those responsibilities.

Hancock cited Haynes’ “dedication to leadership and passion to serve the residents of Denver” in making the appointment this month. The Denver native and East High School alumna has served as the executive director of the city’s Department of Parks and Recreation since 2015 and, among other roles, is a former City Council president, former president of the Denver school board and former member of the Colorado Commission on Higher Education.

Haynes attended Denver Public Schools, earned a bachelor of arts degree with honors from Barnard College at Columbia University in New York City, completed two years of law school at the University of Denver and received a master’s degree in Public Affairs from the University of Colorado at Denver. Her nickname, Happy, is derived from the Spanish translation of her first name, Allegra.

She was the first African-American woman elected to the Denver City Council in 1990, where she served for 13 years, including two as president of the Council from 1998 to 2000. Her career of civic involvement spans more than 30 years in state and local governments in Colorado, and she is respected as a local leader in education as well on  neighborhood, parks and youth issues.

Haynes was elected to the Board of Education in November 2011 and served as president from 2013-2015. Before that, she served as the district’s chief community engagement officer for five and a half years for two superintendents. In her role at DPS, she was responsible for leading the district’s parent and community engagement efforts, creating collaborative partnerships and managing legislative and governmental affairs.

In addition to the Denver City Council, Haynes’ experience in state and local government also includes 17 years in the executive branches of government. She served as an administrative aide for two Denver mayors, a former councilman and a former lt. governor. Haynes worked for several years as a facilitator with the National Civic League serving various communities in Colorado and throughout the United States.

Her civic involvement includes serving on the boards of the Colorado Children’s Campaign, the Colorado Commission on Higher Education, City Park Jazz and the Stapleton Development Corporation. She was a founding board member of the Mile High Youth Corps and the Foundation for Educational Excellence and has served on numerous other non-profit boards. She is also a graduate of Leadership Denver, the Denver Community Leadership Forum, the Rocky Mountain Program and the State and Local Program at Harvard’s Kennedy School of Government.