DPS Ranked in the Top 10 for Every Sport 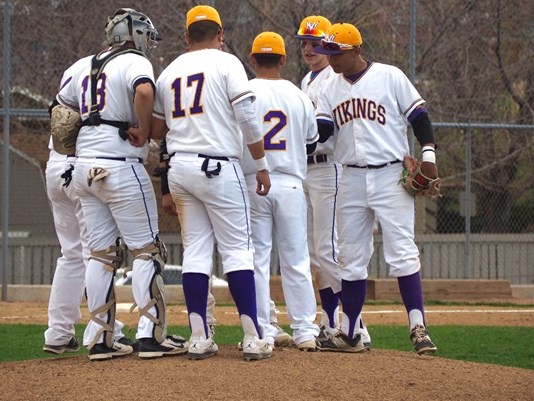 DPS has a team ranked in the Top 10 of every CHSAA (Colorado High School Activities Association) Spring Sport in the latest edition of the RPI Rankings (Ratings Percentage Index – based on a team’s wins and losses and its strength of schedule).

The North High School Vikings are highlighted as the number one overall Boys Baseball team in the State of Colorado. Led by Head Coach Ernesto Marquez, the Vikings are off to a 10-0 start with non-league wins already over Golden and Mesa Ridge. Next up for North High School will be home and away games against the South High School Rebels on April 13 and 15.

You can catch two of the top DPS programs on April 13 at South High School as they host the North High School Boys Baseball team at 4:15 p.m. and the Abraham Lincoln High School Girls Soccer team at 6 p.m..

After starting the season 7-2, South High School is currently the third overall Girls Soccer team in the latest RPI rankings and following a strong 2016 that saw the Rebels advance to the CHSAA State Playoffs, they are now looking to secure their first DPS League Championship in school history.

Once again the East High School Girls Lacrosse program is near the top of the CHSAA rankings and contending for a State Title. In the latest rankings East High School is sixth overall, after beating Thompson Valley and moving to 6-1 overall on the season. East High School will host Centaurus, ranked seventh, on April 12 in a battle of Top 10 programs.

Keep up with all the latest DPS sports action all year at athletics.dpsk12.org!