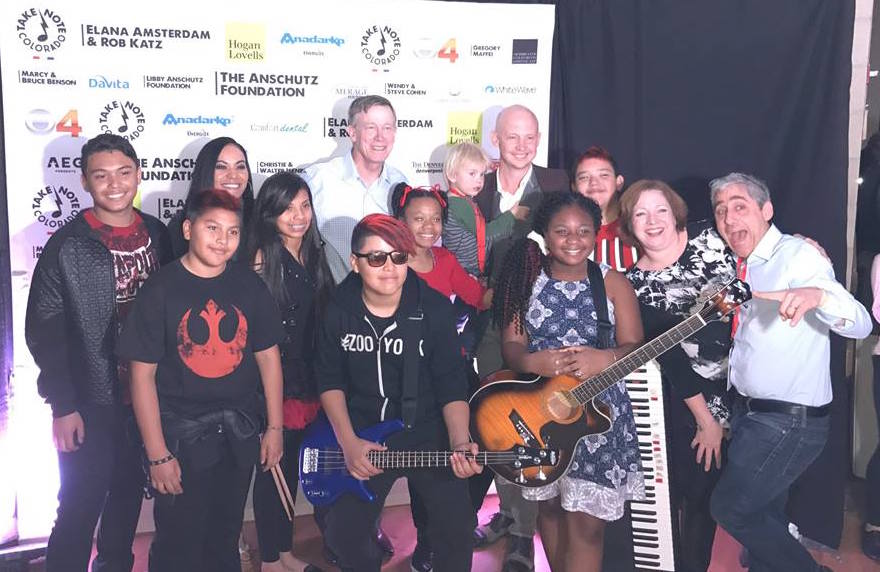 On May 4, music students from Denver Center for International Studies at Montbello (DCISM) Middle School performed for a private VIP party hosted by Governor Hickenlooper, Libby Anschutz and Isaac from the band The Fray, at 1stbank Event Center in Broomfield. David Wish, CEO of Little Kids Rock, who has supplied new band instruments to several schools in DPS, was also in attendance.

After performing, DCISM students also attended a benefit concert performed by One Republic to support Governor Hickenlooper’s roll out of a music-education program called Take Note Colorado. Take Note Colorado has one goal: to ensure that each K-12 child in the state has both an instrument and a music education.

Read more about their performance and the benefit concert at The Westword.