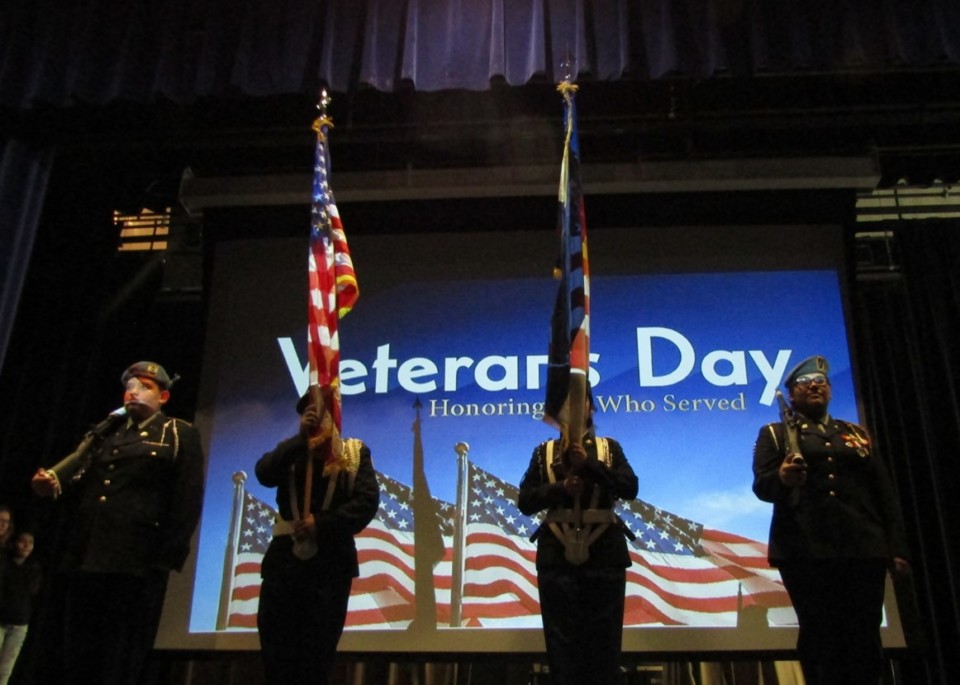 “This is a day in which we show veterans the respect we have for them and thank them for their service,” said Ezzer Salazar, a senior at DCIS Montbello. 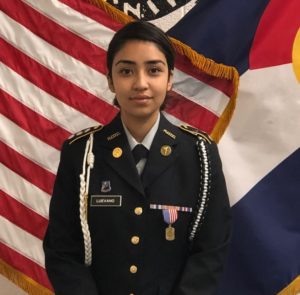 Jamilette Luevano is a student at DCIS at Montbello.

On Nov. 9, around 65 JROTC cadets from DCIS at Montbello led a patriotic Veterans Day ceremony in front of their teachers and fellow students to honor the brave men and women who have selflessly served our country in the armed forces.

JROTC (Junior Reserve Officers’ Training Corps) is a military program students take in high school that motivates them to become better citizens as they learn leadership, teamwork and self-discipline skills. DPS has some the highest-ranked JROTC teams in the world. A major component of JROTC is character development: students learn about patriotism and donate their time through acts of service for the community and veterans.

The solemn salute to our country’s veterans opened with a traditional color guard performed by JROTC cadets. Cadets produced and shared patriotic videos detailing history behind Veterans Day and American wars. Students heard from special guests, including veterans of the Vietnam War.

“It’s important that we hear their stories….it’s important to remember their sacrifices,” said Jamilette Luevano, a senior in the JROTC program. Jamilette also had a unique role in the program – as their JROTC Information and Publicity Officer, she also created a video where she interviewed several Montbello teachers who are veterans.

“We should celebrate people who fought for us because without them we wouldn’t be here as a country.  They are heroes and we need to thank them.”

This ceremony was one of many held throughout the district in observance of Veterans Day in remembrance of those who have served and the ones we’ve lost. On Nov. 10 around 1,000 cadets from 10 DPS high schools marched in the Denver Veterans Day Parade.

Watch the video of the parade: