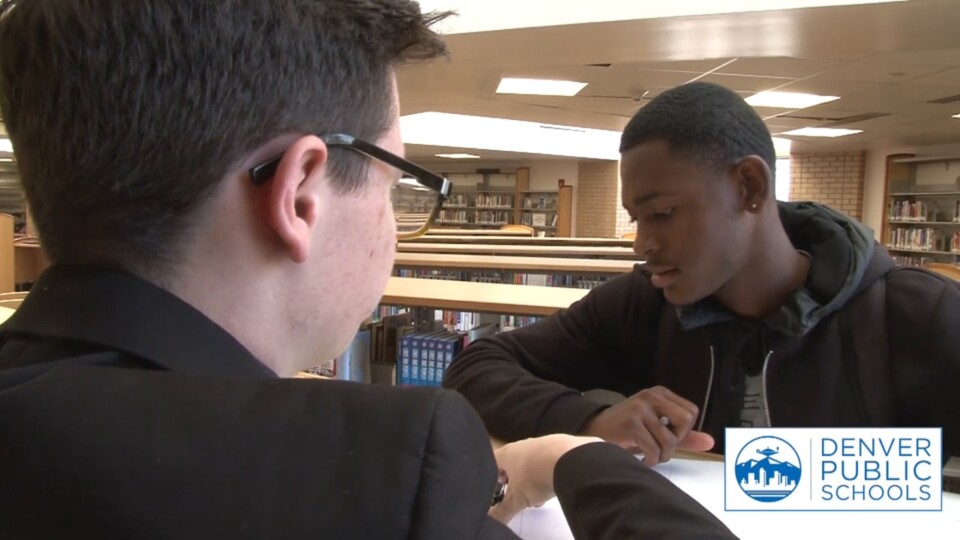 Online in social media forums, debate can be far from productive. But in formal competition, as students at West Early College have learned? It can be straight up exhilarating.

“It’s a lot of adrenaline,” said one student. “I like the idea of the competition.”

West Early College’s speech and debate team is one of several Denver Urban Debate League squads at Denver Public Schools across the city. Now in its 11th season, the league – through a focus on critical thinking and community advocacy – works to ensure students graduate high school prepared for college and careers.

“Whether or not they want to be politicians or lawyers, or they just want to become better public speakers, they are really excelling at their craft,” said coach Daniel Walter, who encouraged students to start the team a few years ago. “In class, they just really fell in love with building cases, finding evidence, and then debating with one another.”

What’s most surprising, according to students, is how debate has opened their eyes to new perspectives. This year, the debate league focused all competition on whether the US should substantially reduce restrictions on legal immigration.

“I was so used to knowing what I knew,” said another student. “I didn’t know what I didn’t know.”

Earlier this year, students met with an immigration lawyer, as well as a lawyer from ICE, to gain perspective toward the other side – a side they would potentially have to argue for, not against, in competition.

Watch this DPS Features video to learn more about how students are developing new perspectives, and new skills, within the Denver Urban Debate League.