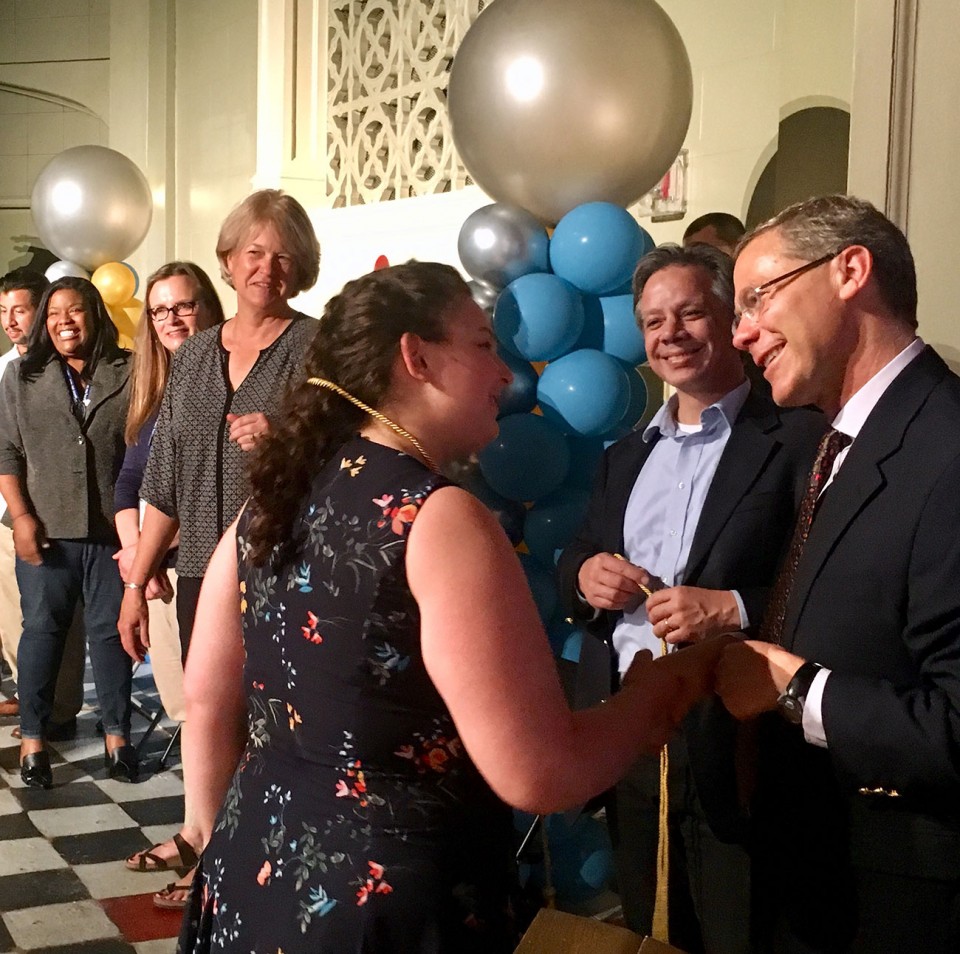 More than 1,000 students, parents and guests filled the auditorium at East High School on Tuesday night to celebrate the graduating seniors who have earned the DPS Seal of Biliteracy this year. Nearly twice as many students received the prestigious honor — bestowed upon seniors who have met rigorous criteria to demonstrate proficiency in speaking, listening, reading and writing in both English and another world language — as in the previous year.

Addressing the audience, DPS Superintendent Tom Boasberg noted that earning the Seal demonstrates attainment of skills that are increasingly in demand with employers. “There are currently more than 6,000 jobs in the Denver Metro area that specify a second language as a desired skill. That number doubled over the past five years. And starting salaries for jobs that require bilingual skills pay on average 20% more,” noted Boasberg. Perhaps more important, he remarked, mastering other languages allows us to connect with other people and cultures. “In addition to opening a door of opportunity, earning the Seal opens a door of joy.”

The evening’s keynote speaker, Denver City Councilman Paul López, shared moving stories about the movement to bring bilingual education and pride in students’ native languages and cultures to schools. His mother, a longtime DPS teacher, was a tireless advocate for bilingual education; and one of his early community organizing efforts was to name Richard T. Castro Elementary school after the five-term state representative, who was outspoken in his belief that schools should meet the needs of their culturally-diverse communities.

The number of students earning the Seal of Biliteracy has grown by leaps and bounds in the three years it has been offered in DPS schools. In its inaugural year, 2015-2016, 190 DPS seniors earned the Seal. The following year, 490 students earned the honor. This school year, 893 seniors have already earned the Seal, with an additional 229 eligible to earn it pending results of Advanced Placement exams. For more information about the DPS Seal of Biliteracy, visit sealofbiliteracy.dpsk12.org.

The Seal of Biliteracy by the Numbers: