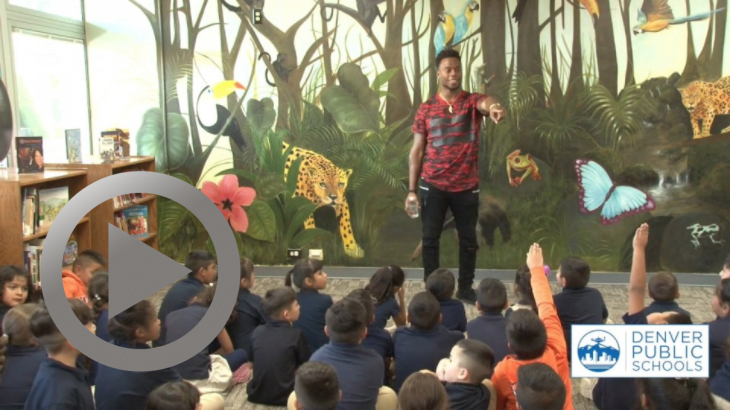 Denver Broncos linebacker Brandon Marshall knows adversity. As his team struggles through a difficult season in 2017, he thinks back to even more difficult times for him personally:

“I had to persevere through some things,” Marshall said. “I was released three times in my career. While I was released, I was told that I wasn’t good enough to play or maybe I should look for something else to do.”

Today, Marshall is a top defender both on the Denver Broncos and in the NFL. As he’s earned success, he’s doubled down on motivating students about something he’s known to be true throughout his life: the importance of showing up.

“Stay in school, work hard and persevere through anything or any trying time that you might have,” Marshall said during a visit to Swansea Elementary School this fall. “Just like you guys, I knew what I wanted to be at your age when I grew up. And you know where it started at, right? It started off with school.”

His non-profit – Williams-Marshall Cares Leadership Program – strives to build future community leaders. As part of the program, Marshall has visited Swansea annually – offering students with the best attendance a pizza party. The school has seen considerable growth in its attendance every year in response to Marshall’s attendance challenge.