Author Reunites with Students She Profiled 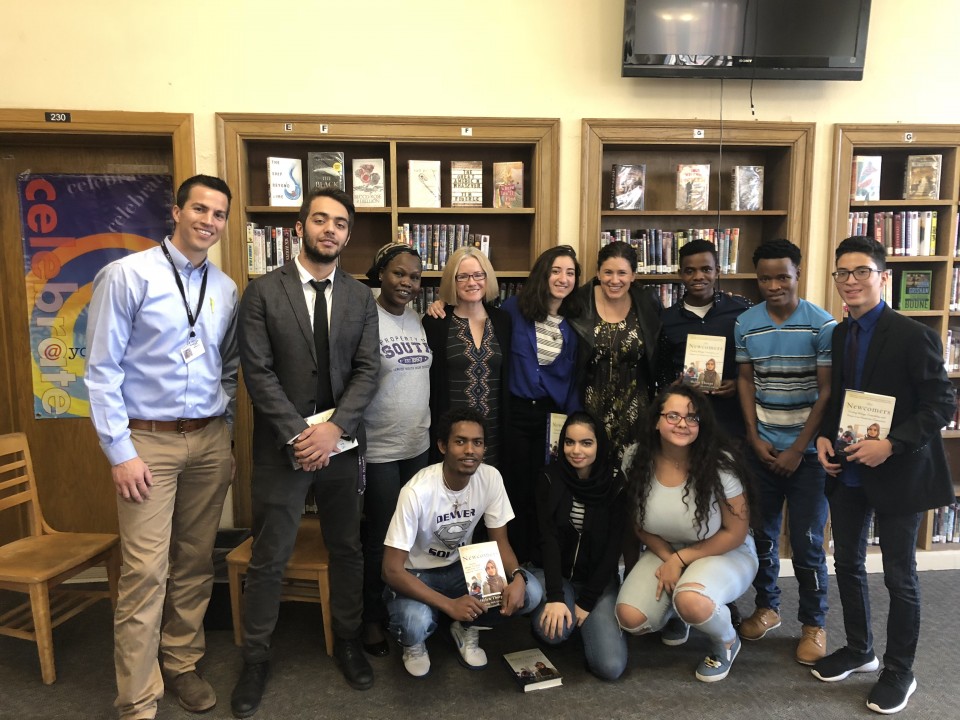 Award-winning author Helen Thorpe returned to South High School for a panel discussion with several of the students whose stories she shared in her book The Newcomers: Finding Refuge, Friendship, and Hope in an American Classroom.

Throughout the entirety of the 2015-16 school year, award-winning and “meticulously observant” (The New Yorker) author Helen Thorpe was a fixture in Edward Williams’ English Language Acquisition class at South High School. She was there to follow the journeys of 22 immigrant and refugee teenagers as they learned English and adjusted to life in America.

Wednesday, following the release of her critically-acclaimed book, The Newcomers: Finding Refuge, Friendship, and Hope in an American Classroom, Thorpe returned to South High School for a panel discussion with Edward Williams and several of the students whose stories she shares.

The discussion, facilitated by two members of South High School’s student senate, was reflective of the incredible year Thorpe, Williams and these students spent together.

“In our day-to-day life, our classrooms seem really normal, but in fact they are really special and Helen expressed that she wanted to spend a year shadowing and learning about our newcomers,” said Williams. “It took a while for me to understand how important it was to share the stories of our refugees. Once I understood the mission of the book, I became really appreciative of the opportunity to be involved in that.”

“I was watching students arrive and feel so glad to have a safe home, sometimes for the first time in their lives,” Thorpe shared of her experience getting to know the English Language Acquisition students at South High School. “Their feelings were that of gratitude for being allowed to be here and join everyone at this high school. The reality of their lives here was so different from that of the political rhetoric unfolding at that time, so different from what I knew to be true. Our national dialogue was getting so skewed, so much more polarized and not based in truth. I want to do whatever I can to fix that and represent families better.”

Sama, an twelfth-grade student from Iraq, noted that “here in America, you hear so many stories of people being closed-minded, but in reality, I think most people here are good and they want to get to know you.”

When asked what they missed about their native cultures, most students spoke of their extended families. However, each of them reiterated their gratitude for having the chance to earn an education in America.

“When Ms. Thorpe asked to write about me, I didn’t know why anyone would want to,” said eleventh-grade student Methusella, from the Democratic Republic of the Congo. “I see my story now in her book and I’m proud to share my refugee story.”