“All the world’s a stage” at DPS Shakespeare Festival 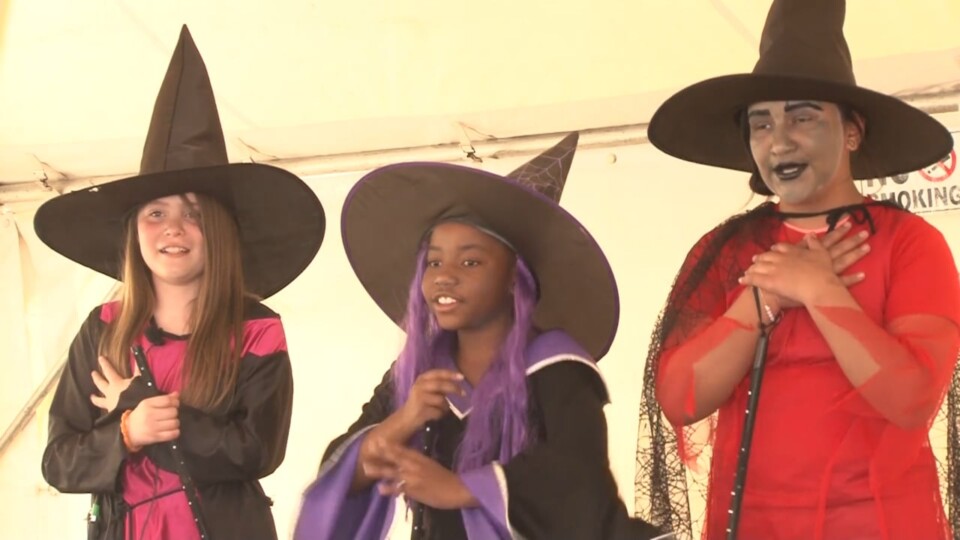 Some 5,000 Denver Public Schools students celebrated – and performed – the works of William Shakespeare at the 35th annual DPS Shakespeare Festival, hosted by the Denver Performing Arts Complex. It’s the largest student gathering of its kind in the country, drawing students from kindergarten through high school.

“It feels terrifying and cool at the same time,” said Florida Pitt-Waller fifth grade student Andrew Pinedo, moments after he performed a scene in front of both friends and strangers. “It’s scary because you don’t know any of those people, but it’s also cool because [your friends] get to know you and see who you are.”

With their families, peers and educators watching on, students acted collaborative renditions of Shakespeare’s works, recited famous soliloquys (think “to be or not to be” from Hamlet), performed music, and showcased creative art inspired by Shakespeare’s or his protégés’ works.

The festival is not only an annual draw for community members, but it’s also an annual tradition for DPS students like John F. Kennedy High School senior Sydni Garcia, who has returned to perform every year since second grade.

“What makes me want to come back year after year to the Shakespeare Festival is that it’s just so fun,” she said. “Everybody’s in costume, everybody’s excited. There’s some kind of buzz in the air and it’s just exciting.”

Watch this ¡Somos DPS! video to see some of the sights (and hear some of the sounds) of this year’s festival.