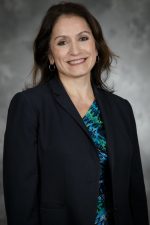 Susana Cordova brings more than 20 years of experience to DPS, serving as a teacher or school leader at the elementary, middle and high school levels. She is a lifelong Denver resident who believes in the power of our schools to transform our city: “Schools are the great equalizer in our society. We must help create opportunities for all children by meeting them where they are and helping them grow and achieve at high levels.”

Susana is a DPS graduate who began her teaching career as a bilingual teacher at Horace Mann Middle School, teaching English and Spanish in a dual language program. From there, she moved to West High School, where she was taught both English and English as a Second Language, and was recruited for the DPS Leadership Academy. She served as assistant principal at Bryant-Webster Elementary for a year before becoming principal of Remington Elementary, a school with a 95% poverty rate.

While at Remington, Susana helped the school develop a comprehensive school-wide Title I plan and lead the school to implement a visionary program of integrated literacy instruction. While she was the principal, Remington experienced a gain of over 33 percent over four years on the state reading assessment. In 2002, she was recruited to the district level to broaden her impact. 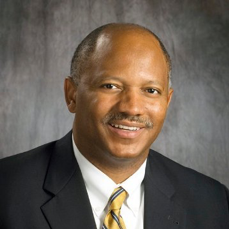 Prior to that, he served as Senior Vice President of Equity, Inclusion & Urban Markets at McGraw-Hill Education. In his role, he worked with leading national, regional and local associations and organizations to find new ways to partner together to address the needs of administrators, teachers and students in some of the largest and most academically diverse U.S. school districts.

Before joining McGraw-Hill Education, Dwight served as Discovery Communications’ Superintendent in Residence and provided strategic guidance and advice to the organization’s Education Division.Prior to that, he served as the superintendent of Clark County School District in Las Vegas, Nevada, the nation’s fifth largest school district. During his tenure there, he initiated a school reform agenda designed to raise the academic bar and ensure all of the district’s 315,000 students were prepared for college, a career or the military.

Prior to his time in Nevada, Dwight served as the Colorado Commissioner of Education, overseeing the education of more than 830,000 students across more than 1,700 schools in 178 public school districts. His efforts to revamp state standards, improve accountability and narrow achievement gaps, particularly those related to race and socioeconomic status, have been recognized by governors, legislators and colleagues across the state. He also oversaw the development of the Colorado Growth Model, which depicts the overall achievement of individual schools and districts to administrators, educators and the public and has since been implemented in more than 15 states.

Dwight has been recognized by numerous organizations throughout his career. He has been awarded the AASA Distinguished Service Award (2019), the NAACP’s Heartbeat Award (2013), the Asian Chamber of Commerce Community Achievement Award (2013), Chairman’s Award of Excellence, Nevada Latin Chamber of Commerce (2012), Alumni Fellow for Kansas State University’s College of Education (2011), and Troops to Teachers Hall of Fame (2010).

Dwight and his wife Jenifer are the parents to 3 children and reside in Colorado Springs, CO. 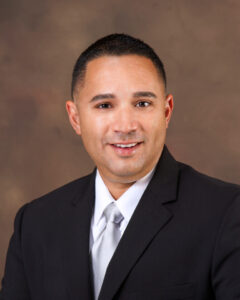 Michael J. Ramirez is Deputy Superintendent of Schools. The schools team is focused on our neighborhoods’ or regions’ unique needs, including the support of partnerships and relationships among schools. This structure enables educators to better focus on the whole child across schools as students transition from grade to grade.

Michael is entering his 25th year in education. He has served as a high school principal, assistant principal and teacher. He has served as an adjunct college professor and as President of the Florida Association of Latino Administrators and Superintendents (FL-ALAS). Michael is a graduate of two Superintendent Academies that have fueled his beliefs in equity leadership.

Tamara Acevedo is Deputy Superintendent of Academics, which aims to build coherence with tighter coupling of teaching and learning functions across the board. 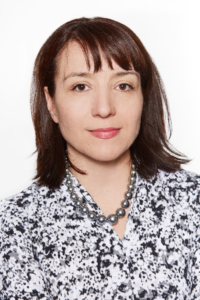 She previously served for five years as the Lead Instructional Superintendent for Denver Public Schools in Network 1 – Northwest Collaborative.  Tamara initiated the creation of breakthrough networks, an innovative learning structure focused on specific school needs and lead by principal leaders.  Tamara holds a Bachelor of Science Degree in Communication Disorders and Speech Science from the University of Colorado and a Master of Arts Degree in Curriculum and Instruction from Denver University.

She has participated in instructional and organizational leadership programs including the EdLead and Leverage Leadership Institute fellowships and The University of Virginia Turnaround Partnership for Leaders in Education.   Tamara has worked in Denver Public Schools over the past twenty-two years as a teacher/literacy lead teacher, Mathematics Content Specialist, Mathematics Curriculum Coordinator, assistant principal, principal and instructional superintendent.

She has had diverse teaching and leadership experiences at Swansea, Bromwell, Gilpin and Carson elementary schools.  As a Denver native who as a child attended Denver Public Schools, Tamara has a strong commitment to the city and the education of its children.

Mark Ferrandino is Deputy Superintendent of Operations. He 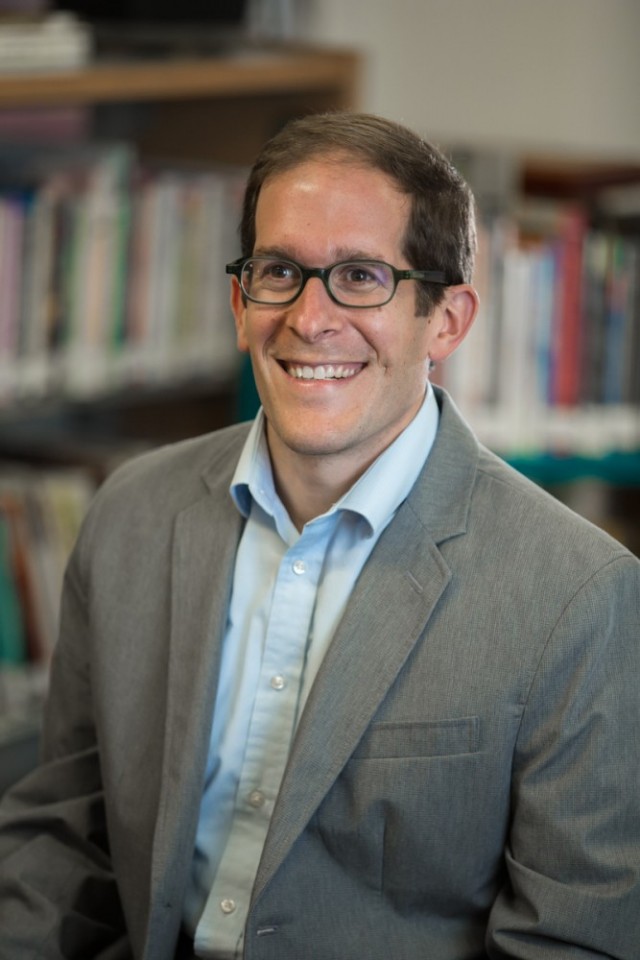 He attended the University of Rochester, where he earned his bachelor’s degree in political science and economics in 1999, and a master’s degree in public policy analysis in 2000. Mark worked as a policy analyst for the White House Office of Management and Budget in Washington, D.C.

After relocating to Colorado, he worked as program analyst for the U.S. Department of Justice, then served as the senior budget analyst for the Colorado Department of Health Care Policy and Financing until 2007 before being appointed to the Colorado House of Representatives. While in the legislature, he was elected Speaker of the House by his peers and served in that role from 2013-14.

Lauren Dunn is the Chief of Staff for Denver Public Schools. In this role, she serves as a principal aide in the Office of the Superintendent, supports policy development in the District and works closely with the Denver Board of Education. Lauren is an experienced public & non-profit leader with a passion for economic equity and developing strong public institutions that deliver results for citizens.

Lauren holds a bachelor of arts in comparative religion from Tufts University, a bachelor of fine arts in studio art from the School of the Museum of Fine Arts, Boston, a master in public affairs from the Woodrow Wilson School at Princeton University and a master in educational leadership from the Broad Center for the Management of Urban Education Systems. 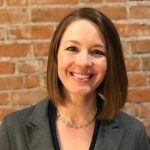 Michelle Berge, a DPS parent and longtime member of Team DPS, leads our legal team. In this capacity, she helps advise the elected school board, superintendent and senior leaders of the state’s largest school district on all legal matters

Michelle was a law clerk for former DPS General Counsel and Colorado Supreme Court Justice Alex Martinez, as well as law clerk for former Gov. Bill Ritter. For the past seven years Michelle, who is bilingual, has led a pro bono legal clinic for Spanish-speaking families in Greeley to connect them with legal services. 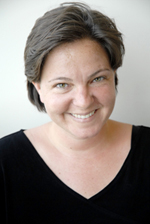 Jennifer Holladay is responsible for strategy development and implementation across the different schools that make up the DPS family of schools, including charter, district-managed and innovation. She is tasked with ensuring our schools provide high-quality opportunities and equitable access for all students, especially students of color, those experiencing poverty, language learners and students with special needs.

Holladay has been a member of Team DPS since 2013, serving as director of school development and support and leading authorizing practices for new charter and district-managed schools. Prior to DPS, she spent nearly 15 years at the Southern Poverty Law Center, a civil rights organization, where she was director of the award-winning multicultural education program, Teaching Tolerance.

Amy Keltner is the Chief Impact Officer at Denver Public Schools. In this role she leads strategy development and creation of a coherent system of implementation, evaluation, continuous improvement and innovation to ensure all students excel and thrive by design.

Amy joined DPS in 2009. In her previous role as Deputy Chief of Schools Amy led the district’s tiered school supports program, the School Turnaround Program with the University of Virginia, and the district’s innovation lab. Amy has also previously served as Interim Deputy Superintendent and Chief of Staff for Academics.

Prior to joining DPS, Amy was a vice president at a global consulting and technology firm, with experience in strategy, business operations and quality management in a variety of fields. Amy holds a Master of Science in Management Information Systems, and a Bachelor of Arts in Comparative Literature with a minor in Spanish, and is an alumna of the Broad Residency in Education Leadership. Amy and her husband are the proud parents of three DPS students. 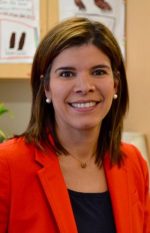 Verónica Figoli leads the Denver Public Schools Foundation, the strategic fundraising partner to DPS that activates philanthropic support, invests in proven and promising programs, and connects the community to our classrooms.

Verónica joined the DPS Foundation from DPS’ Family and Community Engagement Office (FACE), where she served as the Chief Officer. Prior to her time at FACE, Verónica served as a Program Officer at the Piton Foundation, where she worked with the foundation’s grantees, other foundations and community stakeholders to help advance key initiatives supporting student achievement and adult self-sufficiency.

Originally from Venezuela, Verónica graduated from Universidad Metropolitana in Caracas, and obtained her master’s degree in business administration from Kennesaw State University in Georgia. Verónica has been selected by the Aspen Institute for its inaugural class of Colorado Children & Families Health and Human Services Fellows, which invests in visionary leaders committed to making Colorado the best place to have a child and sustain a thriving family.

Verónica is a proud parent of two DPS students.