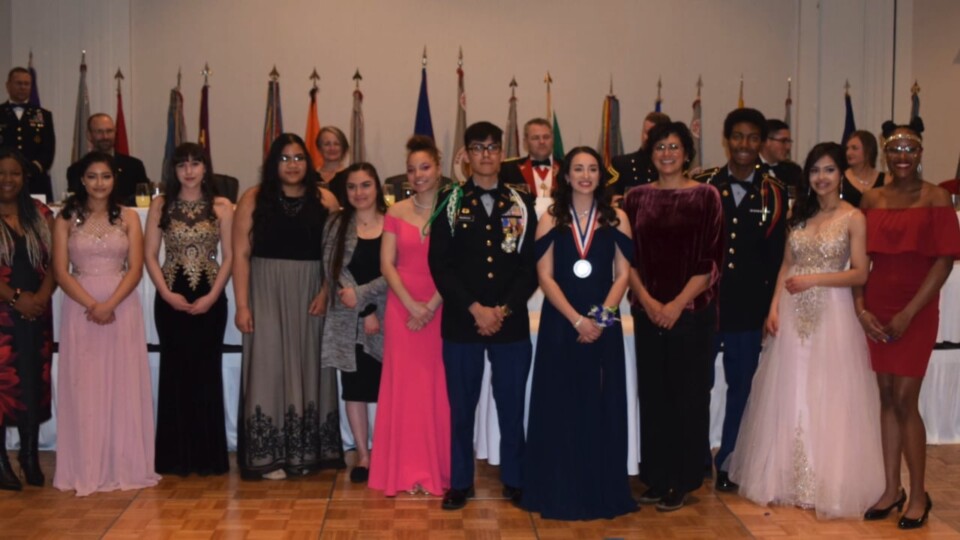 The Military Ball is one of the most cherished traditions in our nation’s army, dating back to the Revolutionary War. Soldiers pay honor to the nations, remember missing comrades and celebrate the unique camaraderie found amongst brothers and sisters in arms. In early March, 600 Denver JROTC cadets got to be part of this centuries-old tradition.

Formal gowns and bowties were the attire as cadets from Denver’s 10 JROTC programs came together at the Hyatt Regency to enjoy an evening of formal honors, guest speakers and dancing. A traditional Prisoner of War/Missing in Action table was present as the cadets learned about service members still listed as missing. A procession of flags and a color guard served to show respect for our country. Cadets heard remarks from a unique guest speaker, Cadet Cody Marvin, who is a DPS JROTC alum and currently in the senior ROTC program at Colorado State University.

The highlight of the evening was the announcement of the JROTC Military Ball Commandant. Each program nominated a top cadet as their commandant candidate, who underwent an intense board interview by judges from DPS and Norwich University.

Near the Military Ball’s conclusion, each candidate walked beneath an arch of sabers to the applause of their fellow cadets. Lieutenant Colonel Michael Titus from Norwich University had the distinct honor of announcing the Ball Commandant, who was awarded their medal by Denver Board of Education members Lisa Flores and Jennifer Bacon.

The 2019 Military Ball Commandant is Cadet Gabriela Lopez from John F. Kennedy High School. “When named commandant, knowing that I represented my school to the best of my ability meant more to me than any medal, and created a sense of pride in every Kennedy Commander there,” Lopez said.

For more information on the DPS JROTC program, visit JROTC.dpsk12.org.